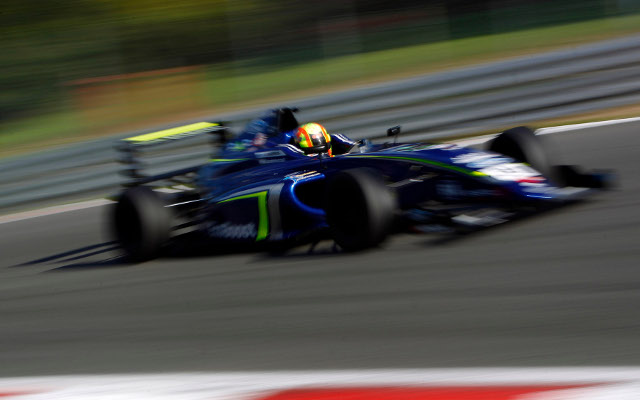 MSA Formula championship leader Lando Norris has claimed a pair of pole positions at the final round of the season at Brands Hatch.

In addition to grabbing a place at the front of the grid for the weekend’s two main races, the Carlin driver has also gained five points to extend his lead over rival Ricky Collard to 18.

The session was twice interrupted by red flags but Norris was the driver to beat after the final restart with a few minutes left on the clock, setting a 1m25.848s on his final lap to top the times.

He’d also led the way on the penultimate group of laps with a 1m26.154s giving him pole for the final race of the season based on second-quickest times.

His team-mate Colton Herta led the way during the second stoppage – caused by second-fastest man at the time Matheus Leist – and wound up second, 0.438s slower than Norris after backing off on his final lap.

Collard was fourth fastest overall, missing out on third to Sennan Fielding by 0.01s with both over eight tenths down on the pace of Norris.

Collard drops to sixth on second-fastest times behind his Arden team-mate Enaam Ahmed, who arrived at Brands Hatch off the back of a treble win in SMP F4 last weekend, and Toby Sowery.

Ahmed could claim the rookie title this weekend if he can overhaul Dan Ticktum, who is absent after having had his licence suspended for an incident at Silverstone.

Ahmed and Sowery took the fifth and sixth fastest times respectively ahead of James Pull, with Leist finishing up in eighth ahead of Petru Florescu and Rafa Martins.

Sowery must take a five-place grid drop in race one for the collision that took Norris out of the lead of the final race at Silverstone.