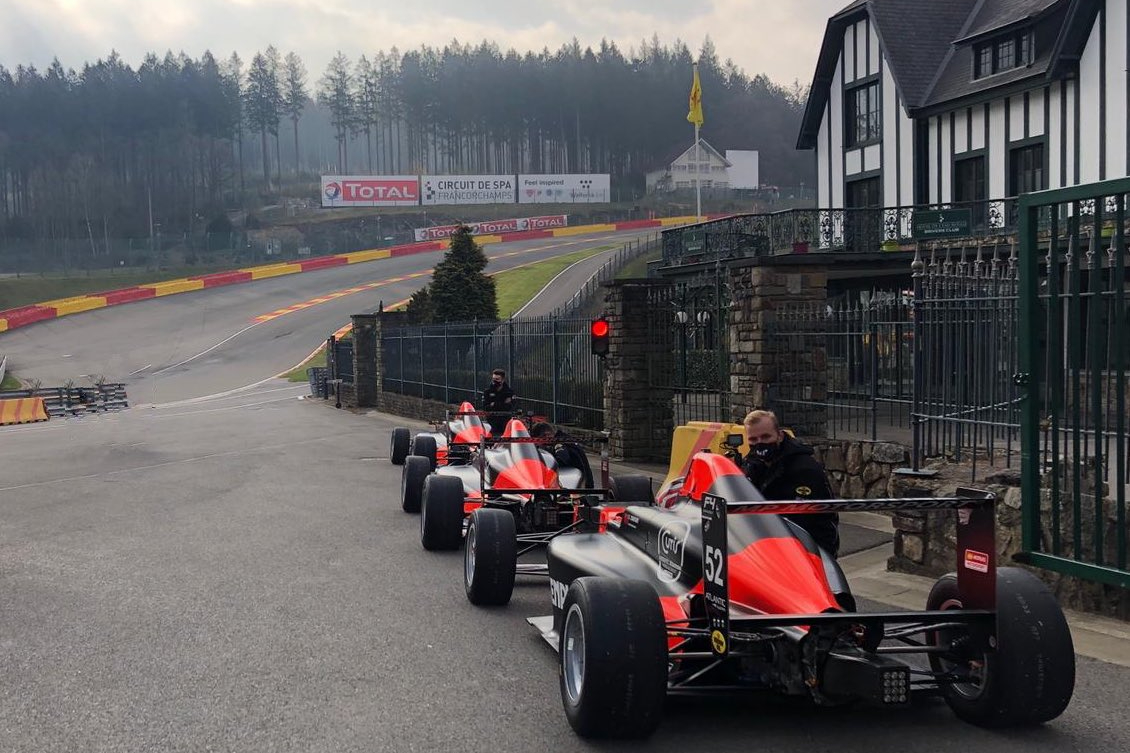 Georg Kelstrup led an MP Motorsport one-two in free practice for the first round of the Spanish Formula 4 season at Spa-Francorchamps.

The series is racing in Belgium for the first time this weekend, with teams having visited Spa twice pre-season to learn the circuit in snow-hit tests.

Thursday’s practice was hit by rain in the afternoon, leaving only one session with a representative pace and topped by Kelstrup.

The Danish karting graduate was fastest by 0.133 seconds over team-mate Dilano Van’t Hoff in the morning, with a margin of over half a second back to Praga F4’s Quique Bordas in third place.

The top 11 were covered by a second, but at the back of the 28-car field rookies Emely de Heus (MP) and Lola Lovinfosse (Drivex School) were way off the pace and Lovinfosse was over seven seconds slower than Kelstrup.

In the rain of the afternoon there was an even wider spread, as Jenzer Motorsport’s pacesetter Santiago Ramos was a second clear of Campos Racing’s Pepe Marti in second place but with a lap that was over 10s slower than the morning’s benchmark.

Lovinfosse was 17.721s slower than Ramos, while MP’s Santiago Trisini was 17th fastest and 7.270s off the pace. However the American karting graduate missed the morning’s running, meaning he ended the day 18s back from the overall pace.