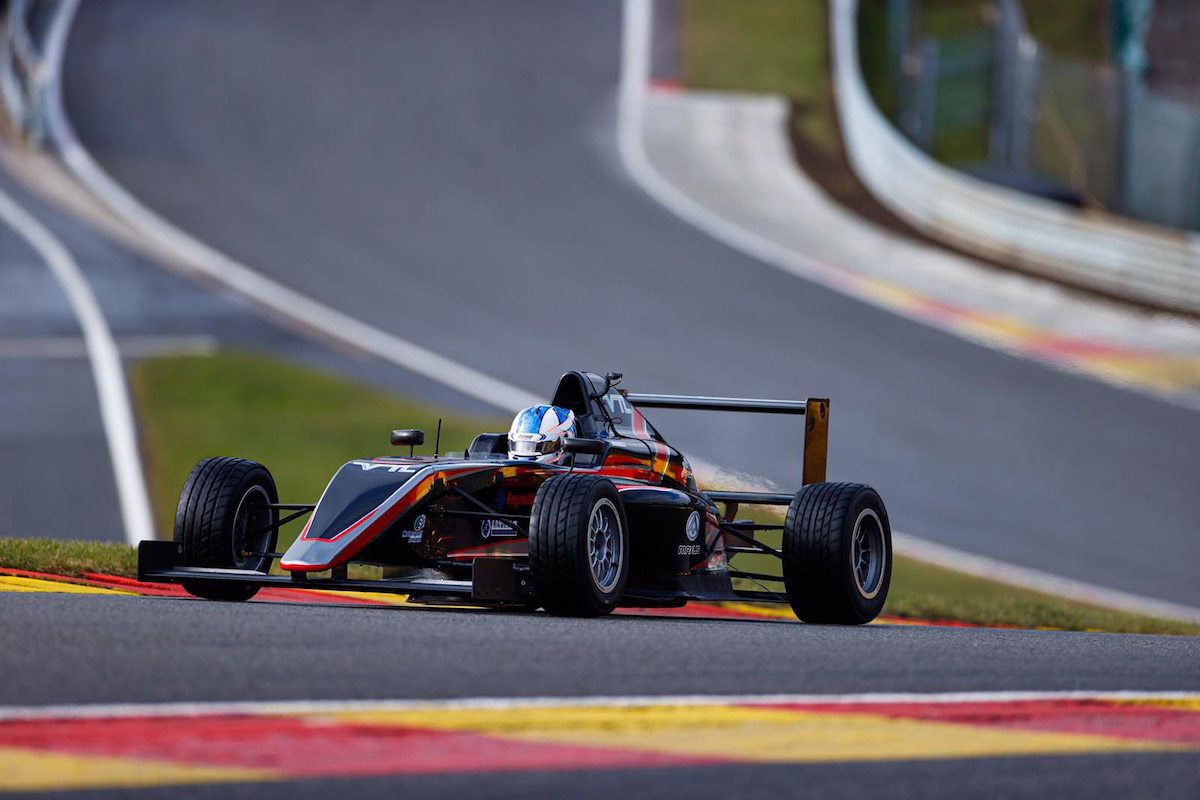 Alex Dunne claimed pole position for his single-seater debut in the opening race of the Spanish Formula 4 season at Spa-Francorchamps.

Third to Dunne in the first session, Dilano van’t Hoff claimed race two pole based on second-fastest times and then topped the second qualifying session to also take pole for race three of the weekend for MP Motorsport.

Driving as a solitary entry for Pinnacle Motorsport – which itself is making its European racing debut after many years competing in Asia – Dunne first showed his hand when he went fastest by more than one second with around six minutes remaining in the first of the two 15-minute sessions.

He went quickest again on his next effort, only to then have it deleted because he exceeded track limits at the no-name Turn 9 left-hander before Pouhon – a problem many of his rivals would also encounter over the two sessions.

Dunne then failed to improve on his next lap after losing time in the middle sector, leaving him down in 15th place as he started his final attempt.

Another debutant, Daniel Macia of the Praga-run Formula de Campeones squad, was taking his chance to star and went quickest for the third consecutive lap as the chequered flag came out, only for Dunne to then go 0.004 seconds faster.

Running at the head of the queue along with his numerous team-mates, van’t Hoff had been quickest nearly every time he crossed the line. Doing so just seconds before the chequered flag gave him an extra lap at the end of the session, and while his final improvement was only enough to move him from fourth to third ahead of Jenzer Motorsport’s Santiago Ramos, it made his penultimate lap good enough for race two pole ahead of Macia.

A similar strategy would pay off truly for van’t Hoff in the second session, where he sat top of the times when the chequered flag came out only to be bettered soon afterwards by Ramos. With his extra lap van’t Hoff improved to a 2m23.514s lap, putting him on pole for race three by a quarter of a second ahead of Ramos.

At one stage during the first session, Pepe Marti of F4 debutant Campos Racing split his Praga-run fellow Spaniards Macia and Quique Bordas at the top of the times and he finished up sixth, just behind Bordas.

Rik Koen and Georg Kelstrup locked out the fourth row for MP, and former Ford Fiesta racer Koen improved to take third in Q2 ahead of Marti and Vladislav Ryabov, the Russian driving the only car fielded at Spa by the Global Racing Service team.

Dunne was left 12th on the race two grid, but going the other way was Teo Martin Motorsport’s Serbian driver Filip Jenic, who climbs from 12th to fifth for the second race.

For race three Dunne starts seventh, between MP’s Danish duo of Noah Degnbol and practice pacesetter Kelstrup. Among those to have a time deleted, Macia had to make do with 10th with Bordas three places further back.

Guilherme Oliveira and Alejandro Garcia failed to even register a valid time in the second session because of track-limit offences, while Gil Molina was slowest after being hampered by technical issues in Q1.