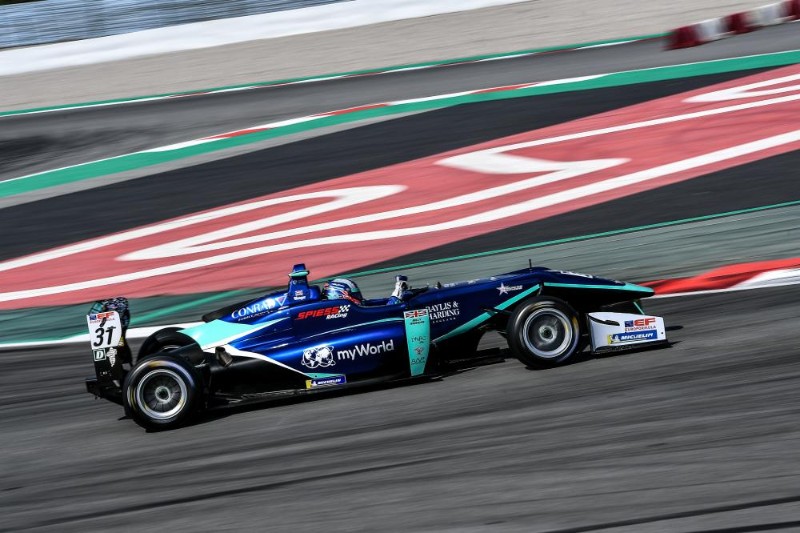 Worsening conditions led to the session that sets the grid for race one being delayed for 15 minutes and then cancelled entirely, with Article 13.1 of the championship’s sporting regulations being used to set the grid.

“Getting pole because qualifying is cancelled feels a bit weird, but our pace has been strong all weekend,” said Monger.

“The car is quick, I’ve been doing a good job so I’m looking forward to the race later today.”

The unexpectedly poor free practice pace by the German team is even more evident in that its lead driver Marino Sato will be attempting to wrap up the EF Open title from 12th on the grid.

Only 15 cars will start the race, with 14th fastest man Manuel Maldonado electing to pull out of driving duties after feeling unwell during free practice.