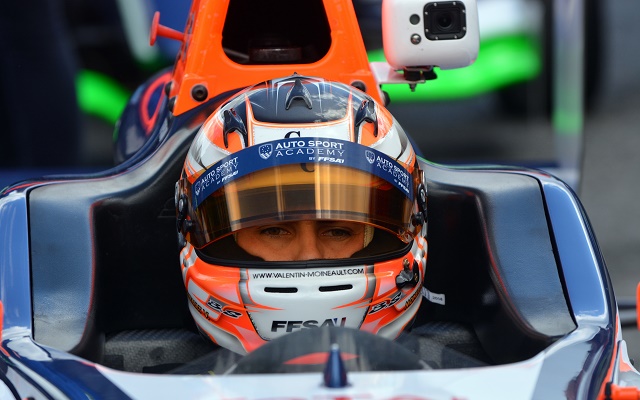 Sacha Fenestraz was on front row alongside Moineault, but slipped behind Aubry and Julien Darras during the opening lap.

He retook third from Darras, but couldn’t challenge Aubry, settling for third place.

Darras went on more places over the next few laps, eventually slipping to tenth

It was Julien Andlauer who took fourth, ahead of Alexey Korneev and Giuliano Alesi, who charged through from 11th on the grid.

Simo Laaksonen was seventh, ahead of Nikita Troitskiy, who beat Reuben Kressner for tenth.