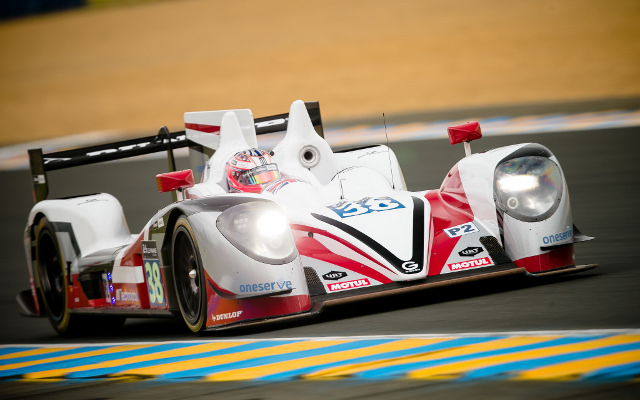 GP2 race winners Mitch Evans and Richie Stanaway impressed on their debuts at the Le Mans 24 Hours this weekend.

Evans (above), whose mentor Mark Webber finished second overall for Porsche, was competing in the LMP2 category for Jota Sport after winning on his sportscar debut with the team at the Spa-Francorchamps 6 Hours race last month.

Thanks to Evans? efforts alongside ex-GP2 racer Oliver Turvey and Simon Dolan, Jota fought back to finish second in class and 10th overall after being delayed early on.

During the race, Evans set a best lap that made him the fourth fastest driver of the week in LMP2, slower only than Tuvey, ex-Toyota factory driver Nicolas Lapierre (who won for Asian single-seater squad KCMG alongside ex-Japanese F3 racers Richard Bradley and Matt Howson) and another former GP2 star, Sam Bird.

Evans? fellow New Zealander Stanaway – an Aston Martin factory driver since 2013 but in his first appearance at the marquee race – was one of the revelations of qualifying, taking pole position in the GTE Pro class.

His car was one of several cars fighting for the win in a competitive class during the race, but dropped out of contention when team-mate Fernando Rees made contact with another car and finished sixth, 17 laps down on the class-winning Corvette.

Stanaway, fresh from his maiden GP2 win in Monaco, went even faster during the race than in qualifying and held onto the honour of quickest GT driver of the week.

In all, there were six active European junior single-seater racers in action at Le Mans.

The only one of those not making his debut at the race was Jann Mardenborough. After stunning performances on his previous two appearances, the Nissan protege was handed a place in the Japanese marque?s new LMP1 project this year.

Nissan struggled at the first race for the new car however, and the car GP3 driver Mardenborough shared with ex-Formula 1 racer and 2015 Indy Lights competitor Max Chilton and Frenchman Olivier Pla eventually retired inside the final two hours.

Lazarus drivers Nathanael Berthon and Zoel Amberg brought the number of current GP2 racers competing in the race to five, with both entered in LMP2. Berthon and the Murphy Prototypes team finished fifth in class, while Amberg?s Team SARD Morand entry dropped out around the halfway point.