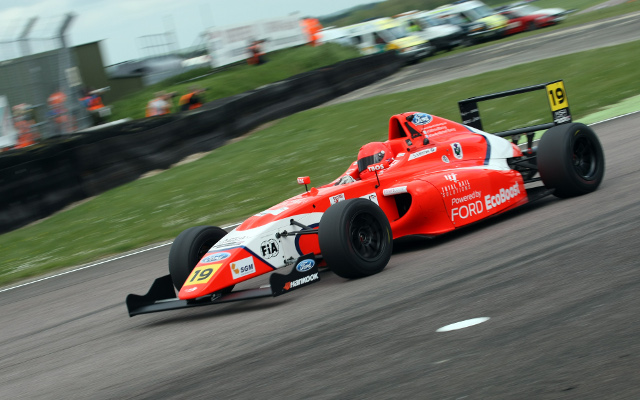 Sandy Mitchell completed a dominant weekend at Thruxton after converting his second pole position into another MSA Formula victory.

Mitchell briefly lost the lead at the start to Sennan Fielding but the young Scotsman soon forced his way back to first.

He then confidently pulled away from the rest of the field, while a three-way fight between Lando Norris, Rob Collard and Matheus Leist for second emerged.

It was Collard who ended up in second after managing to build just enough of a gap at the end with Norris and Leist completing the top four.

Fielding dropped down to eighth, ahead of Colton Herta and Enaam Ahmed, meaning all three Carlin and all three Arden cars made it to the top ten.

Dan Ticktum‘s unlucky weekend continued as he retired in the pits with a mechanical issue for the second consecutive time.