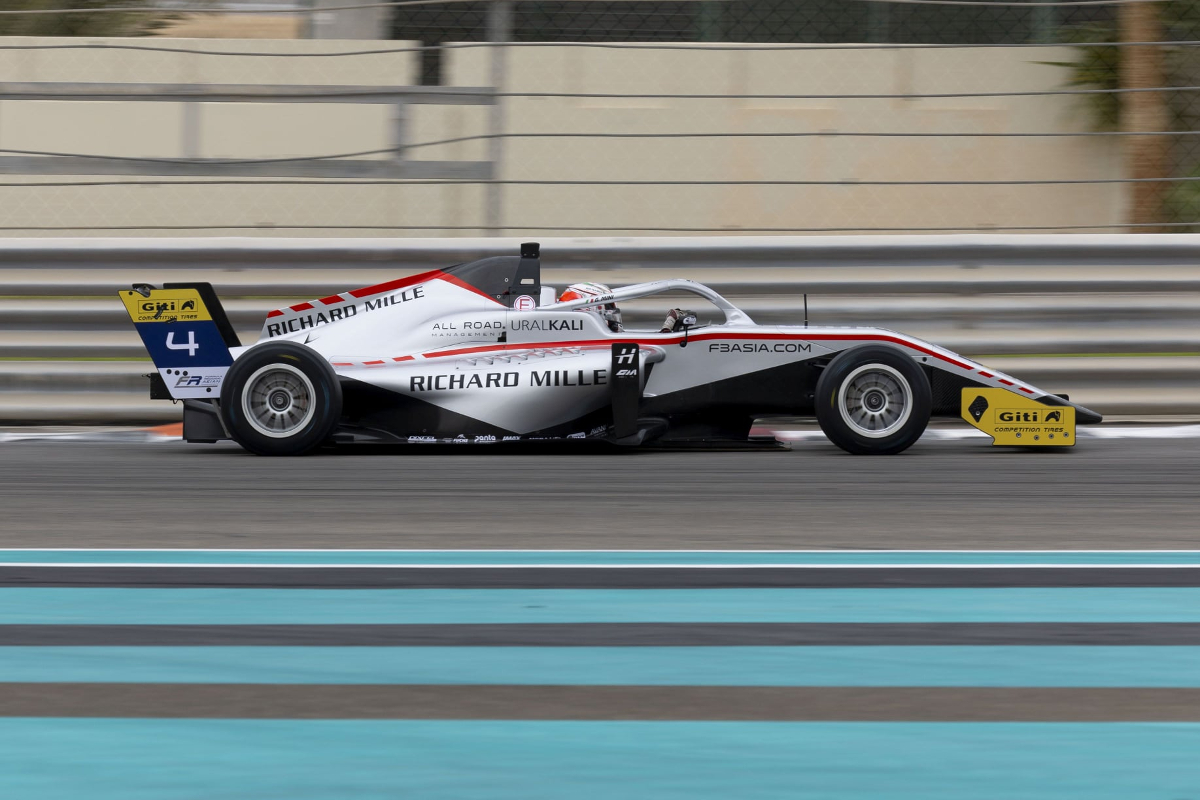 Mini was fastest in each of the lap’s three sectors, and topped the single 30-minute session with a 1m51.260s lap that put him 0.4 seconds ahead of Mumbai Falcons’ Arthur Leclerc. Leclerc had been the first driver to break the 1m52s barrier and topped the times until Mini demoted him with his final lap of the session.

Leclerc’s 2022 FIA Formula 3 team-mate, Jak Crawford, had traded fastest times with his two rivals throughout the session but had to settle for third place, just 0.057s down on Leclerc.

Mercedes-AMG Formula 1 junior Paul Aron was ninth for Abu Dhabi Racing by Prema, with Oliver Goethe rounding out the top 10 for 3Y by R-ace. In 11th place, Sebastian Montoya was the fastest rookie for Mumbai Falcons.

BlackArts Racing was without Alister Yoong, who had in testing driven the car initially set to be used by Ido Cohen before he was ruled out of this weekend.