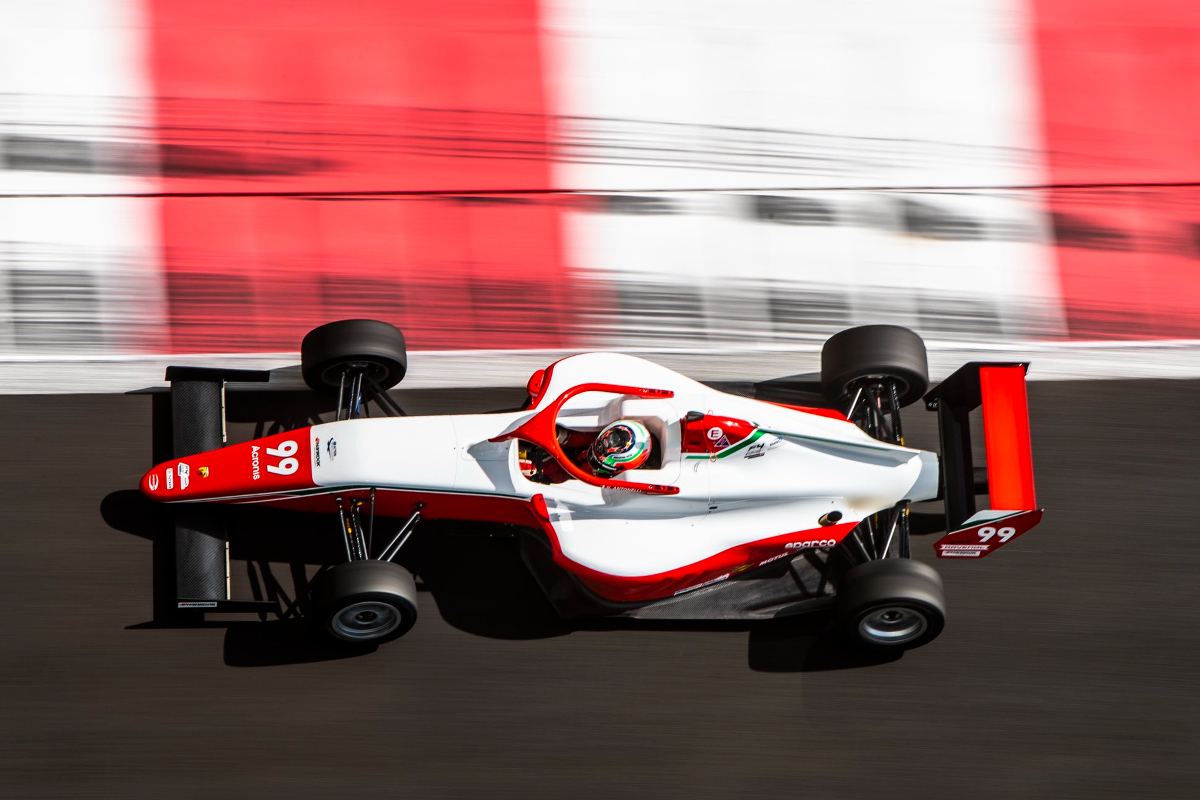 The pair were the pacesetters in the Friday morning warm-up session at Yas Marina Circuit, with Antonelli setting the pace by 0.265s ahead of Inthraphuvasak. Global Racing Service’s Vladislav Ryabov was over half a second back in third place.

Inthraphuvasak struck back by topping the first qualifying session, setting a 1m55.692s that put him almost a tenth of a second clear of Abu Dhabi Racing by Prema’s Aiden Neate and Antonelli. Neate’s team-mate James Wharton was fourth.

There were lots of deleted laptimes during the session for track limits violations, but the top five drivers all avoided offending with Sohil Shah qualifying fifth in the Xcel Motorsport-supported Mumbai Falcons car.

In Q2 a big improvement from Antonelli broke the 1m55s barrier and comfortably put him on pole. This time single-seater debutant and Ferrari Formula 1 junior Wharton was second fastest, 0.358s back, and Inthraphuvasak was third and well over half a second behind.

Inthraphuvasak briefly sat in first place midway through the session, before three successive improvements by Antonelli put him out of reach.

3Y Technology by R-ace GP’s Martinius Stenshorne was one of the top karting graduates, qualifying eighth for race one in what will be his first ever car racing action and the first ever championship race for the new Tatuus T-421 car.