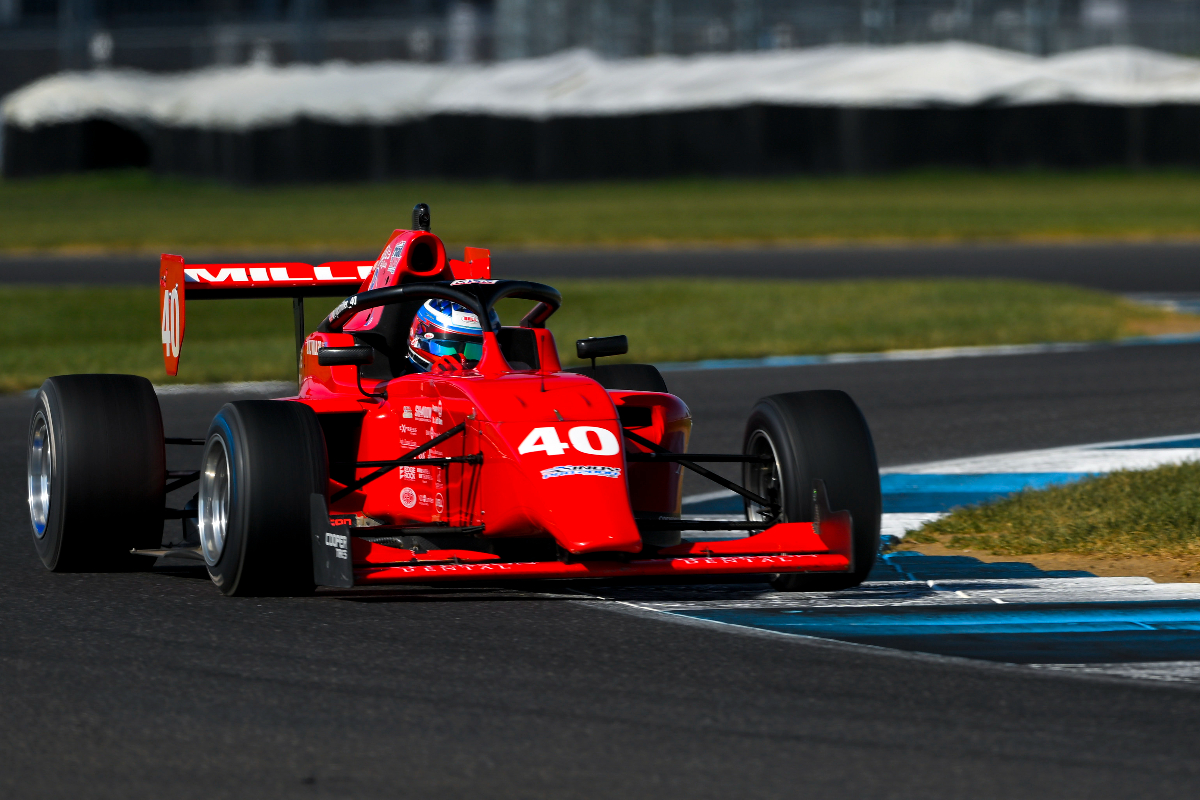 The two series had six sessions each spread across last Saturday and Sunday, marking the first event since the Road to Indy rebranded as the USF Pro championships.

Turn 3 Motorsport’s Jonathan Browne kicked off the USFP2000 action by pipping Exclusive Autosport’s Yuven Sundaramoorthy to top spot in the opening session by 0.0213 seconds, with Miller Vinatieri Motorsports’ Miller also within a tenth of the pace.

Laptimes were almost a second slower in session two, with Sundaramoorthy at the fore ahead of GB3 racer Callum Voisin who was testing with Jay Howard Driver Development.

Fastest in the final session of the day was DEForce Racing’s Kiko Porto, heading Browne by 0.0391s.

Joining the Sunday action was TJ Speed’s Formula Regional Americas leader Raoul Hyman, and he was just 0.0702s off Miller in what would be the fastest session of the test.

The pace was slower after that, within Voisin topping session five and Browne going fastest again in session six.

Johnson topped the slower session three, then they were all trumped by Pabst Racing’s Sikes who turned up the next day (with the budget only for one day) and immediately went fastest.

In total 14 of the 25 drivers set their personal bests in session four, with Sikes leading Clark by over two tenths.

He then was fastest again in Sunday’s other two sessions, by 0.4048s over JHDD’s Lochie Hughes in one and by 0.2396s over Turn 3’s Jason Pribyl in the other.