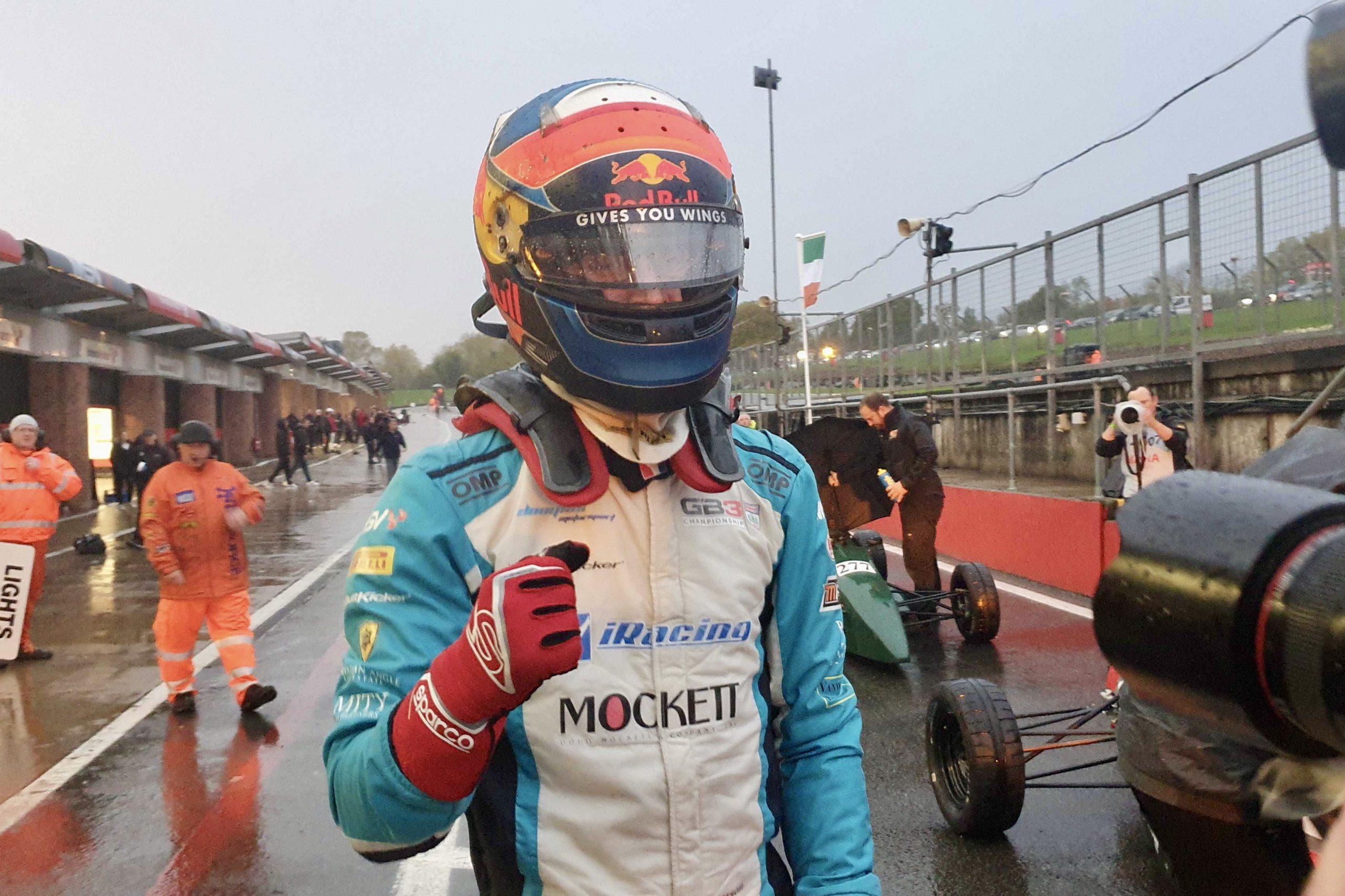 Kevin Mills Racing’s Eastwell and Team Dolan’s Middlehurst ran wide at Graham Hill bend and lost ground, allowing Eastwell’s team-mate Jordan Dempsey to move into third, with Foster right on the tail of Esterson for the lead at the end of lap one.

Dempsey lapped one-second faster on the next tour to close in on the lead duo before chaos ensued. Eastwell tangled with Team USA scholar Thomas Schrage and ended up in the gravel at Druids, and he was joined by Vertical Racing’s Robbie Parks who also spun off in a separate incident.

Torrential rain then hit, with the safety car deployed. As the cars started to bunch up on the pit straight, Schrage cannoned into the rear of David McCullough, who was fired into the pitwall. The red flags were then shown, with all cars eventually returning to the pitlane to await a restart.

But with fading light and standing water on the track, officials declared a result, much to the delight of Esterson, who went one place better than his result in last year’s final. It also means the American has now won both showpiece FFord events, having won the 2021 Walter Hayes Trophy.

Foster narrowly missed out on a fourth Festival triumph in second, with Dempsey third. Despite the result being put back by one lap, Eastwell was not classified, handing fourth to Schrage and fifth to Oldfield Motorsport’s Brandon McCaughan.

Middlehurst was sixth ahead of Team Dolan’s Niall Murray, who started the final from 11th. McCullough was also not classified, with Oldfield’s Lucas Romanek, KMR’s Jeremy Fairbairn and Team Dolan’s Morgan Quinn completing the top 10.

Jamie Sharp was disqualified post-race for accelerating down a busy pitlane after the race was stopped.