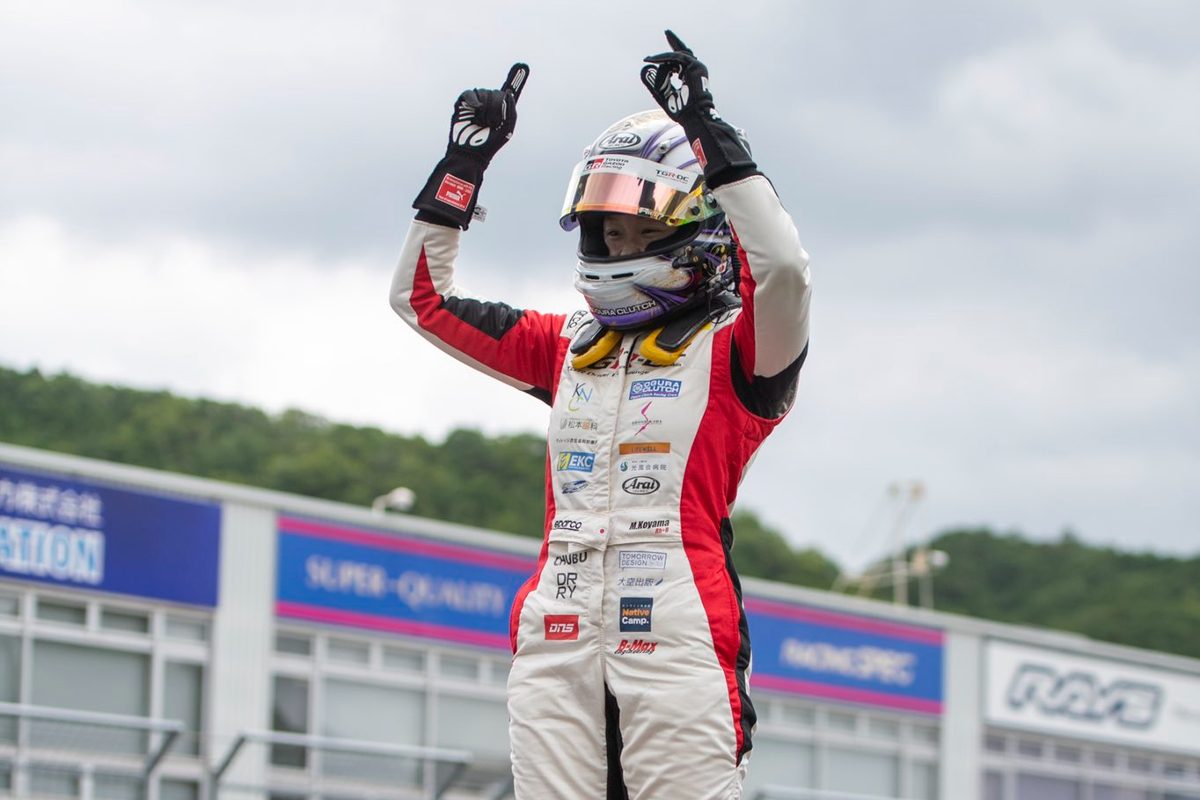 The Super License signing spent several years racing in Formula 4 before she stepped up to FRegional competition in 2019, and has primarily remained at that level since waiting to pick up a win.

That came in the second race of the weekend at Okayama, after she followed Yoshiaki Katayama in the first.

Koyama started second, with Sota Ogawa third on the grid but making a slow start before attempting to go all the way around the ourside of Koyama at the exit of turn one. The result was he ploughed into the gravel while Koyama continued in second place, and the rest of the race was pretty static for all but Ogawa as he recovered from seventh and last place.

On lap two he passed Yorikatsu Tsujiko and moved right onto the rear of Masaru Miura, who took a few laps to pass, then he gained another spot when Takashi Hata had an incident that dropped him to the back of the field.

It took half of the 18-lap race for Ogawa to get back up to third, by which point there was an 18.7-second gap between himself and poleman Katayama. He couldn’t do anything about that margin, as the gaps stabilised through the rest of the race.

Katayama’s race one win had him start at the front for race two, but this time he couldn’t hold on and was already behind Koyama by the first corner. He dropped another spot to Ogawa later around the lap as he fought with his car, then he spent the rest of the race gradually dropping back while Koyama pulled away from Ogawa for her maiden success in car racing.

The battle for fourth was more intense, as Eagle Sports’ Yuki Tanaka – who didn’t start race one – went from eighth to sixth on lap one, rose to fifth on lap two when Hata dropped back, then passed “Hirobon” on lap five.

Racing was neutralised when Tsujiko spun out in the race’s first third, but when action resumed there no change in position and the gaps opened up once again.

Katayama got to start from pole for race three too, but again had a slow start and dropped behond Koyama and Ogawa. Koyama immediately sprinted away to set up her second straight win, while Katayama didn’t let Ogawa break away, and on lap 13 of 18 he closed in and then overtook him for second place. Hata and Tanaka finished fourth and fifth.