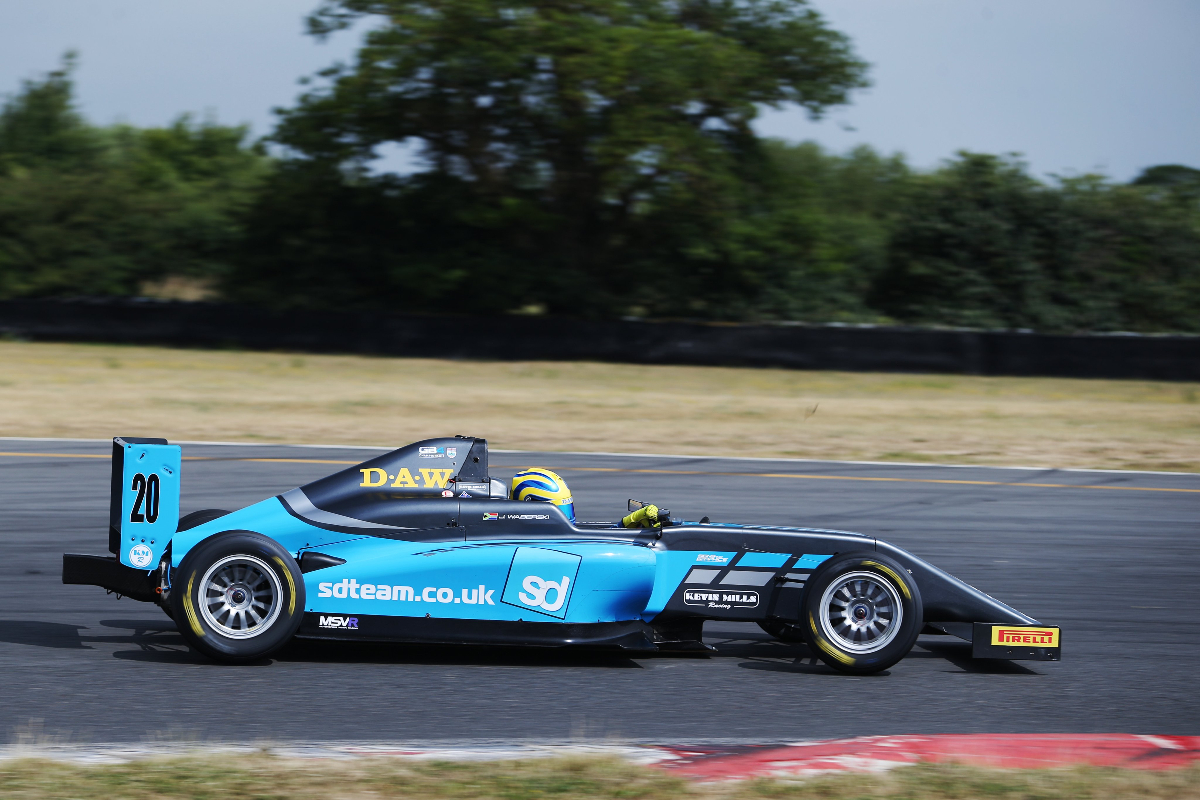 Waberski made the better start to move ahead of poleman Nikolas Taylor into Riches, and held onto the lead despite running wide at Wilsons hairpin.

Race one winner Taylor fended off Mills on the opening lap, but a better exit out of Murray’s allowed Mills to draw alongside and then sweep around the outside of the Fortec Motorsports driver into Riches at the start of lap two.

As Mills tried to squeeze Taylor, who tried to fight back on the exit, the two cars made contact but continued without damage.

The two KMR cars pulled out an early gap over Taylor, who had Elite Motorsport’s Jack Sherwood and Hillspeed duo Max Marzorati and Megan Gilkes on his tail.

As Waberski pulled out an unassailable lead, Taylor eventually managed to break away and close back in on Mills. Both ran wide at Riches as they squabbled over second, but Taylor eventually made it past around the outside at Brundle on the penultimate lap.

Mills tried to reclaim second at the start of the final tour, but contact approaching Wilsons resulted in Taylor sliding off into the barriers with a puncture, and Mills losing his front wing.

Sherwood tried to pass the ailing Mills at Oggies, but then lost out to Marzorati, who then snatched second from Mills at Brundle to move into the points lead. Sherwood eventually got by Mills at Bomb Hole, and then lost out in a drag race to the line with Marzorati by 0.086 seconds. Gilkes also passed Mills before the finish for fourth.

Logan Hannah ran ahead of Graham Brunton Racing team-mate Chloe Grant early on, but a mistake at Oggies allowed Grant to take her best result so far of sixth.