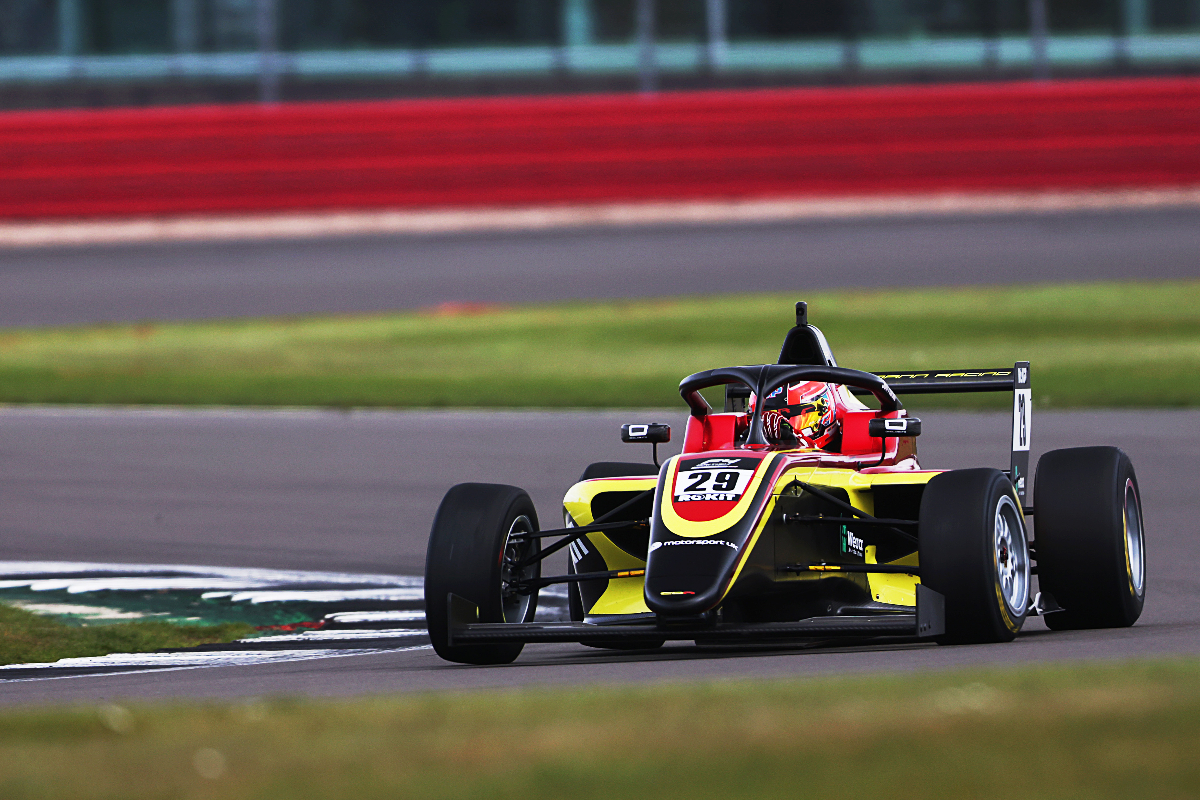 The final British Formula 4 race of the weekend has been suspended after an incident for Joel Pearson.

Three laps had been completed when the Chris Dittman Racing driver ran into the barriers, bringing out the safety car. Pearson has been taken to the medical centre.

After a handful of laps, the race was red flagged. The tight schedule at Croft means the race was suspended to keep other series’ weekends on schedule.

The race will resume after the second British Touring Car Championship race of the weekend, and will do with with 10 minutes of its originally scheduled runtime remaining on the clock.

Argenti Motorsport’s Aiden Neate had been leading the race on track up until this point, but the poleman had earned a 10-second penalty for jumping the start. Therefore Carlin’s Ollie Gray had inherited the lead ahead of team-mate Louis Sharp and Hitech GP’s Oliver Stewart.

Daniel Guinchard jumped Ugo Ugochukwu on the opening lap and was running fifth. Despite a wide moment at turn one, Alex Dunne was running sixth ahead of Joseph Loake, Adam Fitzgerald and Georgi Dimitrov.