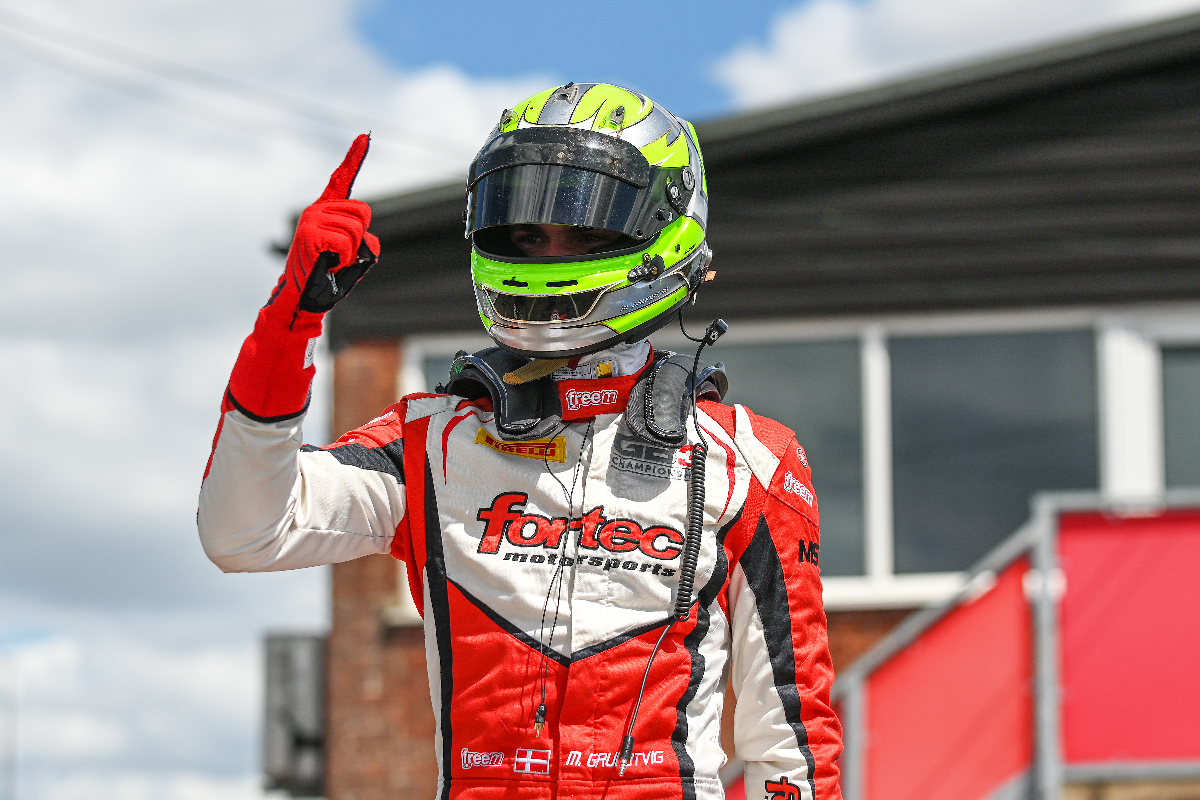 Grundtvig led away from pole, while an overheating clutch caused Cian Shields to make a slow getaway from the outside of the front-row, the Hitech GP driver dropping to the back of the field before crawling back to the pits and retiring.

The safety car was deployed for the first time of the weekend after Chris Dittmann Racing’s Branden Lee Oxley outbraked himself and spun on the opening lap at Wilsons and retired.

Zak Taylor applied pressure on his Fortec team-mate Grundtvig for the lead when the race resumed on lap three, but lost time two laps later and slipped back to seventh.

Douglas Motorsport’s Marcos Flack was promoted to second, 0.5s behind Grundtvig, and closed to within 0.2s by lap nine, with Elite Motorsport’s James Hedley following close behind.

Hedley went for a move on Flack at Wilsons, with Flack remaining in front, which relieved the pressure on Grundtvig, who took the win by 0.253s.

Flack held on to second by 0.5s ahead of Hedley, the pair both scoring their first GB3 podiums.

Tommy Smith was fourth for Douglas ahead of CDR’s McKenzy Cresswell, who scored his best result since the opening race of the season.

Bryce Aron was sixth for Hitech GP ahead of Taylor and Douglas driver Max Esterson, who ended a difficult weekend with eighth yet rose to fourth in the championship standings with his result.

Matthew Rees climbed from 19th to 13th for JHR Developments ahead of Roberto Faria, who slipped back after an early battle with Carlin team-mate Sagrera but did set fastest lap.

As in race two, Luke Browning beat title rival Joel Granfors, the pair finishing 15th and 16th. Race one winner Callum Voisin (Carlin) finished 18th from the back of the 22-car grid.