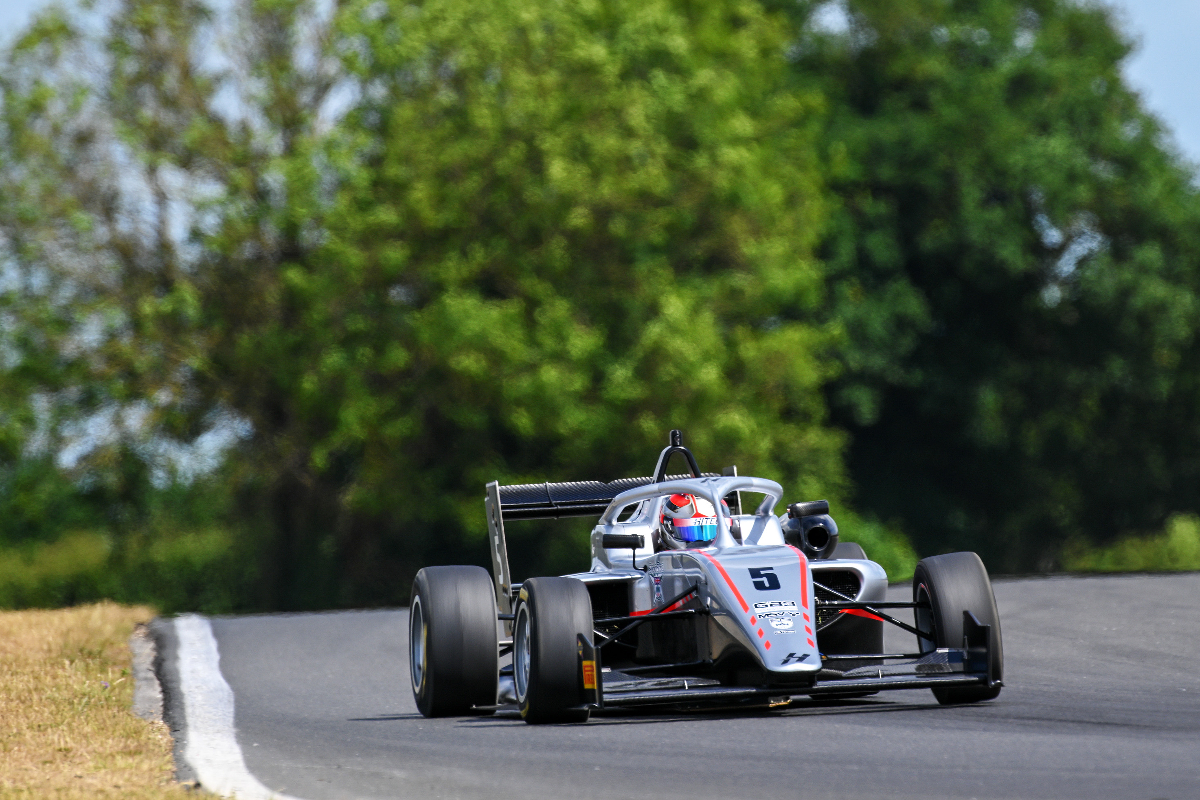 Hitech GP’s Luke Browning came out on top in a race-long battle with title rival Joel Granfors for his third GB3 win of the season in race two at Snetterton.

The pair started on the front row, with Fortec Motorsports’ Granfors drawing alongside Browning when the lights went out. JHR Developments’ Matthew Rees tried to make it three-wide approaching Riches but, on the inside line, backed out and then lost third at Wilsons to Carlin’s Javier Sagrera, who had climbed from sixth on the grid.

The front four were nose to tail at the end of lap one, with Sagrera almost tagging the rear of Granfors’ car at Wilsons as Browning defended the lead. Rees tried to wrestle back third from Sagrera, which allowed Browning and Granfors to pull out a small gap.

Browning got slightly out of shape exiting Riches on lap five and was forced into defending against Granfors into Wilsons.

The battle continued on lap seven, with Granfors getting a great run out of Murray’s and making slight contact with Browning, who defended the inside on the pit straight.

A scruffy penultimate lap from Browning gave Granfors a run out of Brundle, but again the Swede was unable to find a way by. Browning held on during the final tour to win by 0.235s, while Sagrera fended off Rees for his second GB3 podium.

Race one winner Callum Voisin retired from fifth early on after running wide at Riches before spearing across the track into the Armco barriers.

Branden Lee Oxley was ninth for Chris Dittmann Racing ahead of Douglas Motorsport’s Max Esterson, who repeated his result from race one. CDR’s McKenzy Cresswell lost ground while battling Esterson on the opening lap at Brundle and finished 16th.