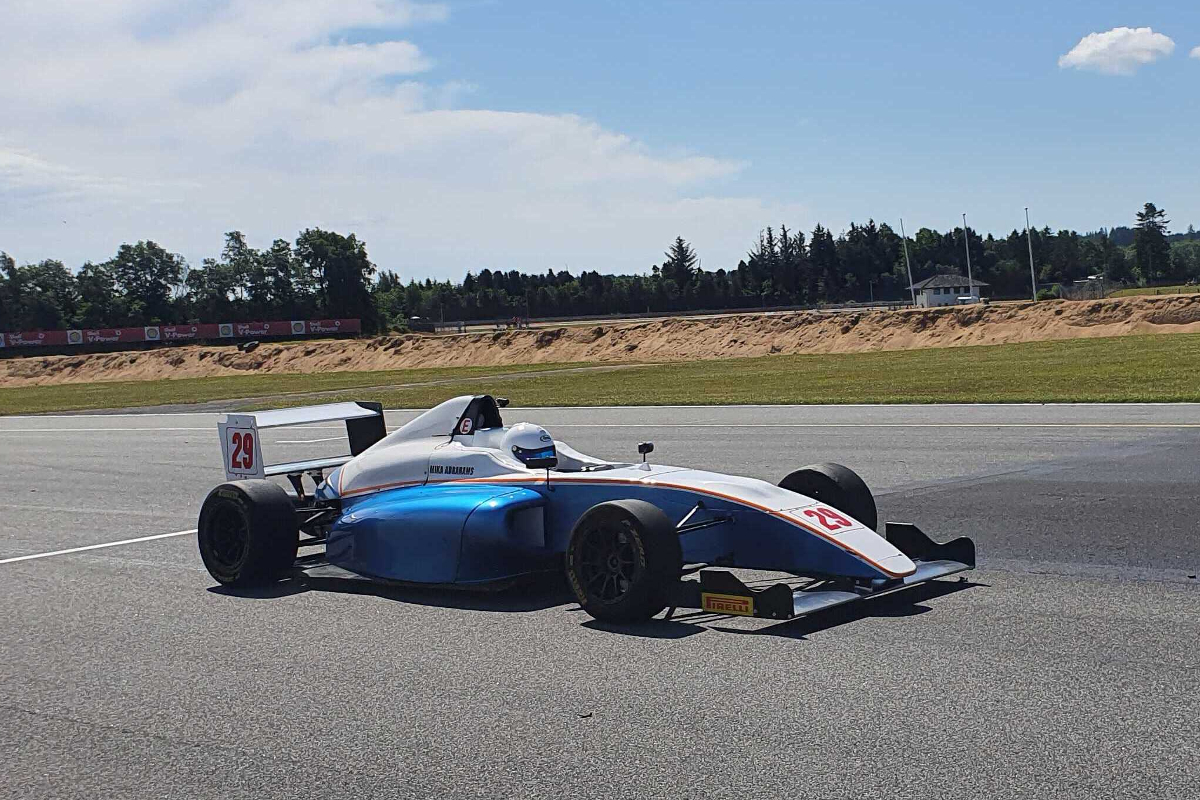 Team FSP driver Abrahams started down in seventh, while Pedersen began the race in third behind Aurelia Nobels and Frederik Stena. Nobels made a slow start and was swamped on either side as she went through the first few corners, which resulted in her knocking off Stena.

Sebastian Gravlund used that moment as an opportunity to dive down the inside of Nobels but instead punted her off as Pedersen romped off, and Gravlund then found himself trying to go around the outside of Abrahams for second place.

The opening lap finished with Pedersen ahead of Abrahams by 3.6 seconds, then a traffic jam behind him of Gravlund, Victor Nielsen, Julius Dinesen, Mads Hoe, Stena and Theodor Jensen.

Abrahams soon pulled away from the pack behind and began closing in on Pedersen, cutting his lead down by a few tenths of a second per lap. With a few laps to go he got onto Pedersen’s tail, and a loose moment for Pedersen gave Abrahams a moment to slip by and then sprint away for his second win of 2022.

Pedersen’s descent meanwhile continued with the closely condensed pack behind Gravlund soon sighting him up. Gravlund passed Pedersen into turn one just as Dinesen overtook Nielsen right behind, then Hoe passed him too two corners later. Pedersen didn’t last long in third, getting overtaken by Dinesen, Nielsen and Hoe in the remaining laps and while the top seven was covered by 2.6 seconds.

At that point there was a huge gap back to Stena, who was fighting with Alyx Coby, but he then had a penultimate lap off that left him a distant ninth.

Formula 5 racer Line Sonderskov did not the start the race as she broke her hand on Saturday.