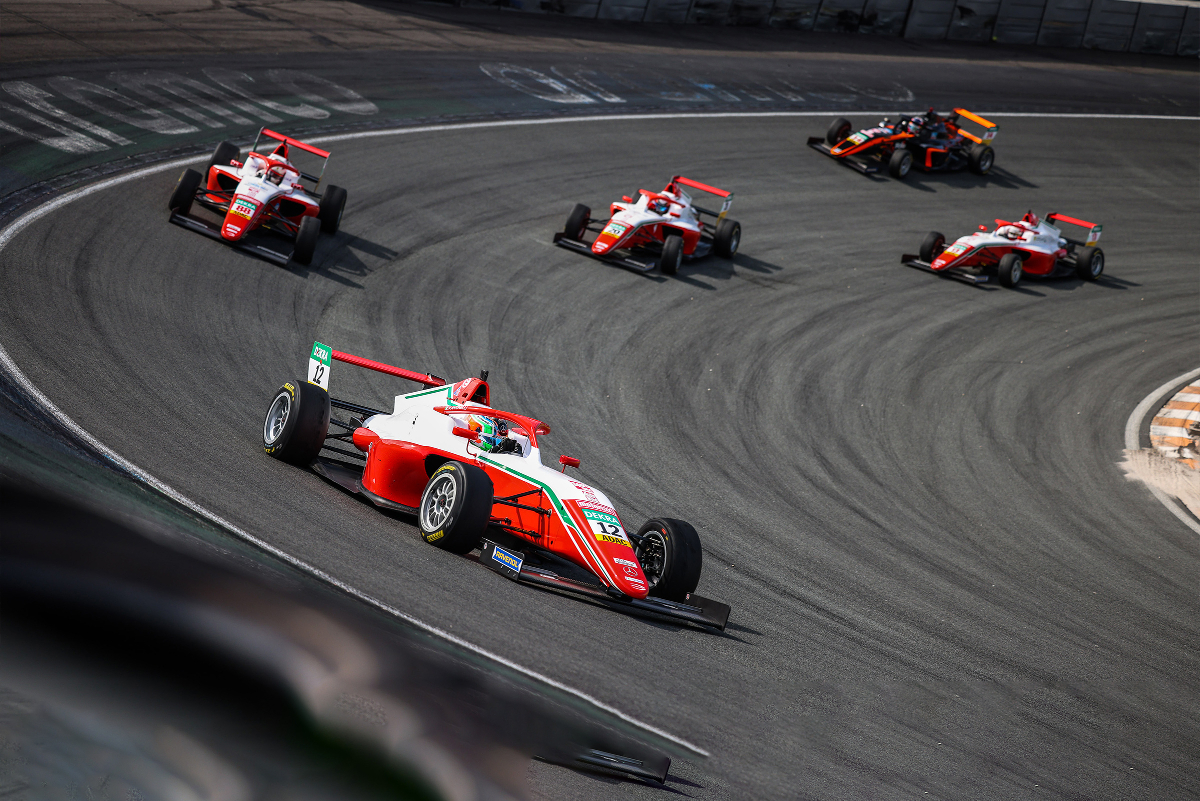 Despite being pegged back by two early safety car periods, Andrea Kimi Antonelli romped to his second Zandvoort win in ADAC Formula 4 and his fifth series win in succession.

Antonelli eased off slightly in the closing laps, allowing team-mate Rafael Camara to bring the gap down to 2.77s at the flag, but always had the race under control.

The Mercedes-AMG Formula 1 junior was quickly into his stride once green flag racing resumed at the end of lap seven after the early interruptions, easing away at around half a second a lap from Camara, despite a brief lock-up under braking for Tarzan at the start of lap 10.

Ferrari junior Camara had a lonely race in second, unable to match Antonelli’s pace at the front but comfortably clear of his battling team-mates Charlie Wurz and James Wharton behind. Wharton had a couple of looks at passing Wurz but the Austrian held the final podium place.

The fifth Prema entry, Conrad Laursen, made a good start from seventh on the grid to take fifth on lap one, as PHM Racing’s Nikita Bedrin was pushed wide on the exit of turn one, dropping behind the Dane and PHM team-mate Taylor Barnard.

The PHM duo managed to get past Laursen on lap eight, with Bedrin demoting his team-mate two laps later, and rapidly pulled clear but was unable to get on terms with the Prema drivers ahead.

Emmo Fittipaldi was best of the Van Amersfoort Racing runners in eighth, holding off team-mate Arias Deukmedjian to the flag. The latter was trying everything to find a way past, locking up under braking for Tarzan on three successive laps.

Martinius Stenshorne completed the top 10 after losing places to his two team-mates on the tenth lap.

The first safety car was deployed on lap two after Jenzer Motorsport’s Samir Ben appeared to edge team-mate Nandhavud Bhirombhakdi into the pitwall. The Thai driver limped into retirement at the end of the straight with a broken rear suspension. After just one lap of racing, the safety car was deployed again following an incident for PHM’s Valentin Kluss.