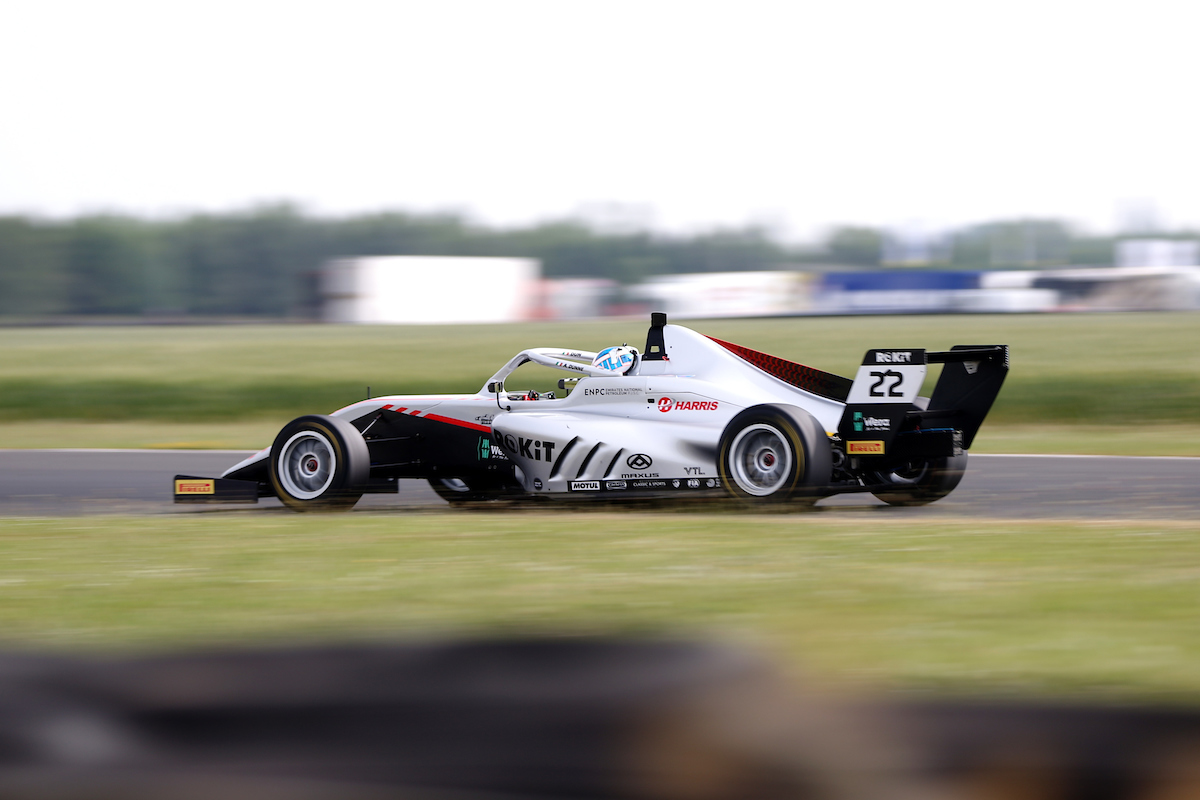 Georgi Dimitrov stalled from first place on the grid, and after that Dunne led all the way, but it was a race of attrition for those behind.

Multiple drivers were caught out in an opening lap incident. The highest placed was Louis Sharp, who was spun around at the hairpin. Joel Pearson and Michael Shin also plummetted down the order, with Shin suffering suspension damage. Adam Fitzgerald came into the pits with damage to his front wing.

Daniel Guinchard appeared to be involved in the drama, though was able to continue with a damaged front wing, only to be handed the black-and-orange flag and be forced into the pits.

Once the opening lap had settled, Dunne had a considerable lead to the rest of the field. Dunne, who had taken an engine change ahead of the race, was more than two seconds ahead of Oliver Stewart and he didn’t have to worry about him as he spent the race trying to hold off Joseph Loake and was still running in second in the closing stages.

In the final laps, Loake managed to get alongside the Hitech driver at the hairpin, only for Stewart to suffer an apparent mechanical problem and lose power. As Stewart crawled to a stop, Loake came through to pick up second ahead of Ollie Gray.

Aiden Neate triumphed in the battle for fourth, a position Eduardo Coseteng had held for much of the race ahead of Ugo Ugochukwu and Neate. Ugochukwu switched back and forth between defending and attacking, but a late challenge against Coseteng caused the two to collide. Both drvers dropped down the order, allowing Neate to take fourth and Noah Lisle to come through and pick up fifth.

Sharp climbed back through the order to finish sixth ahead of a recovering Coseteng and Edward Pearson. Guinchard and Joel Pearson completed the top 10.