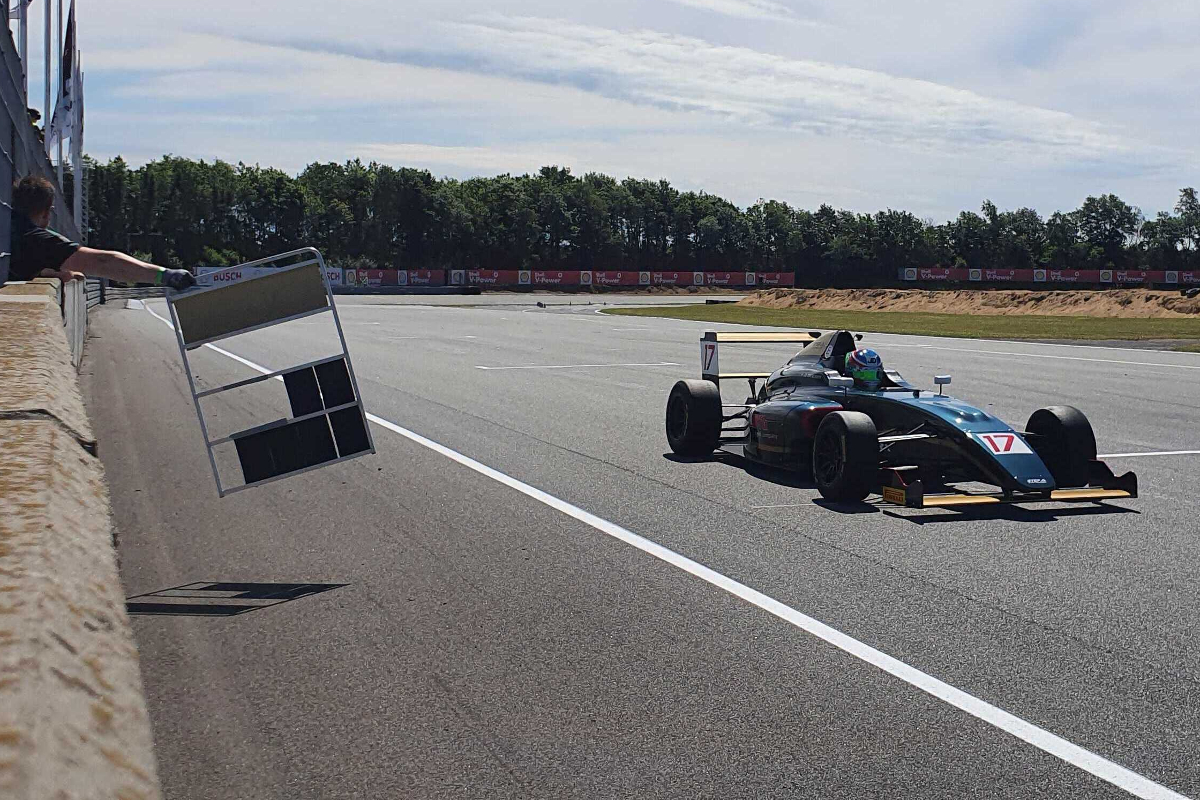 The pair shared the front row of the grid, with Nielsen qualifying on pole. Both made slow starts, especailly so Nielsen, and there was an immediate squablle for second place which involved many cars but lost Team FormulaSport’s Theodor Jensen as he went off late in the lap and dropped down the order.

Nielsen managed to stay in the lead and actually built up a lead through the first two laps. He then ran off track though and started lap four in fourth place behind Dinesen, Mika Abrahams and Mads Hoe.

The Formula 5 car of Hoe proved very difficult to pass, and the top two were flying away as Nielsen tried to make his way back into a podium position. Nielsen couldn’t do it though, and eventually Sebastian Gravlund and Jensen began to queue up behind him while Hoe tracked down Abrahams.

Each of the defending drivers was losing buckets of time, but the stalemate was broken on lap eight when Nielsen went down the inside of Hoe at the first corner. Abrahams was set free again in second place, with Dinesen way up the road, while Magnus Pedersen joined the back of the group now led by Nielsen.

Gravlund was the next to start attacking Hoe, trying his outside at turn one but to no avail as his car slid out and Jensen tucked in on his inside as Nielsen started to create a gap in third place.

The racing was then supposed to be neutralised, as Team FSP’s Alyx Coby spun into the turn one sandtrap and beached herself. Double yellow flags were waved, yet on the penultimate lap Jensen went down Gravlund’s inside for fifth at the corner. They made contact and Gravlund was forced wide, but thankfully not off the track and where Coby was, and Jensen was disqualified for the move post-race.