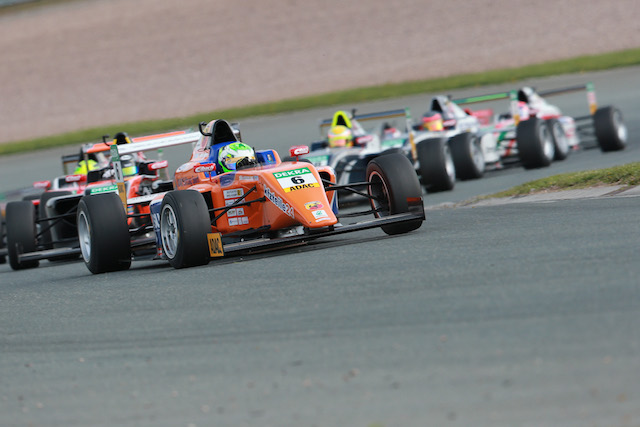 Mucke Motorsport driver Mike Ortmann?scored his maiden ADAC Formula 4 victory in the first race of round two at the Sachsenring.

The 16-year-old took the lead at the start from pole-sitter?Kim-Luis Schramm and extended his margin to as much as 2.2 seconds prior to a late safety car.

Joey Mawson claimed second place away from?Mick Schumacher just prior to an earlier?safety car on lap two. Schramm repassed Schumacher at the restart and pressured Mawson for the remainder but had to settle for third.