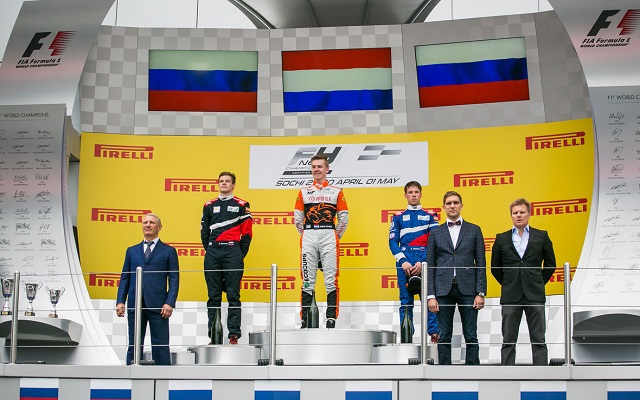 Jarno Opmeer was victorious in the second and last race in the SMP F4 season opener at Sochi.

The Dutch karting graduate was the early leader but spun?when Race 1 winner Richard Verschoor attempted to overtake him, which resulted in the latter’s retirement.

Opmeer dropped behind sophomores Alexey Korneev and Nikita Sitnikov as a result and the action was neutralized soon after, following an incident involving Aleksander Maslennikov.

On lap 8, Opmeer passed Sitnikov and soon got ahead of Korneev as well to secured his career-first win.

The aforementioned Russian duo completed the podium with Alexander Vartanyan repeating his Race 1 result in fourth.

Finn duo Rasmus Markkanen and Tuomas Haapalainen took fifth and sixth respectively, the latter dropping as low as 16th after the start.