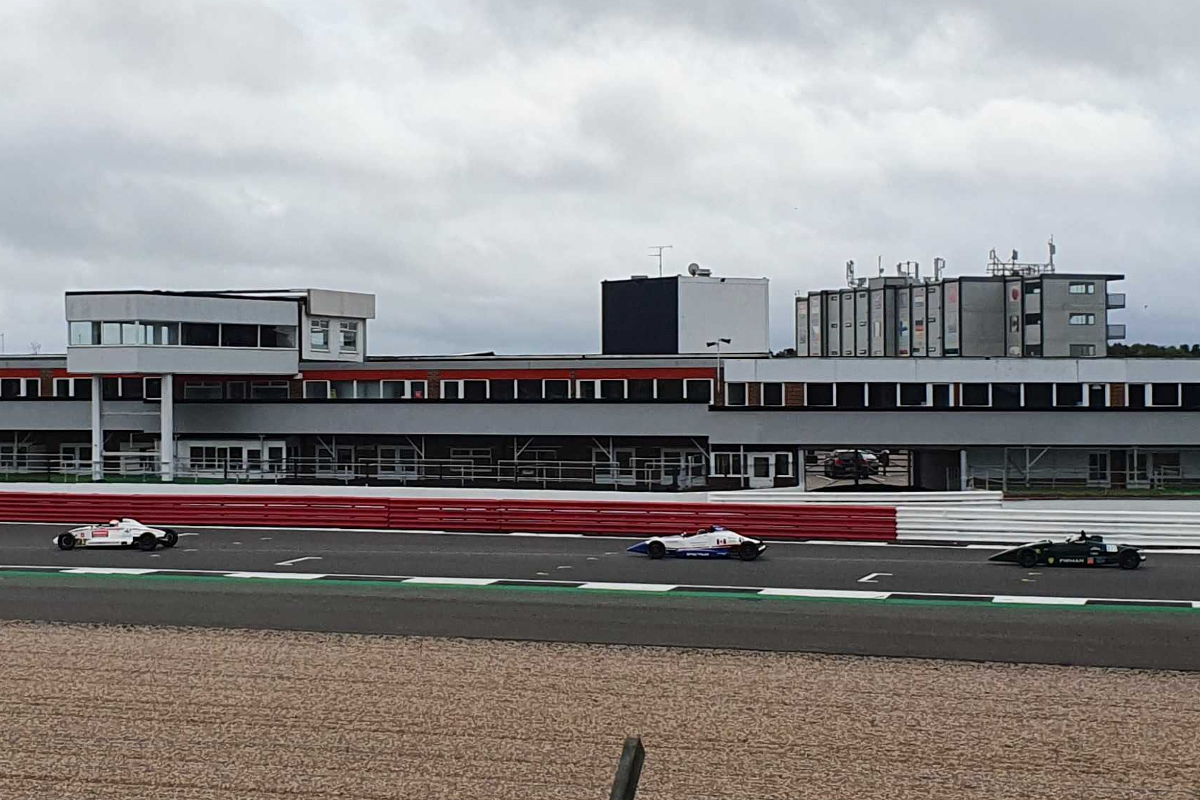 Mills’ Kevin Mills Racing team-mate Megan Gilkes made the best start from the front row and led into Becketts for the first time, with Mills following until Brooklands where he spun off and then reversed way off the track.

That dropped him to the very back, while Gilkes spent another lap ahead until Middlehurst got by. From then on it was a three-car battle at the front with Middlehurst leading Gilkes and Don Hardman Racing’s Joey Foster.

By the halfway point of the eight-lap race there was less than a second covering the top three, but Foster was unable to get close enough to Gilkes to attempt a move. Mills meanwhile had made up 10 places to 14th.

The front three got even closer, with Gilkes setting fastest lap as she chased Middlehurst. It was Foster who got the strongest run on the final lap though, attempting at the outside of Copse first and then tucking back in behind Gilkes before darting down the inside of Becketts.

That gave the breathing room down the back straight for Middlehurst to pull a second clear and win ahead of Foster, while Gilkes rounded out the podium.

David McCullough led the next three-car battle for fourth, with Oldfield Motorsport’s Lucas Romanek and B-M Racing’s motorsport returnee Jonny McMullan chasing him all the way to the chequered flag.

Mills’ charge went all the way up to seventh, but there was a gap of nearly six seconds between himself and McMullan. The last drivers he passed were Cameron Jackson, in a Van Diemen RF90, Adam Higgins and GB3 racer Alex Fores.