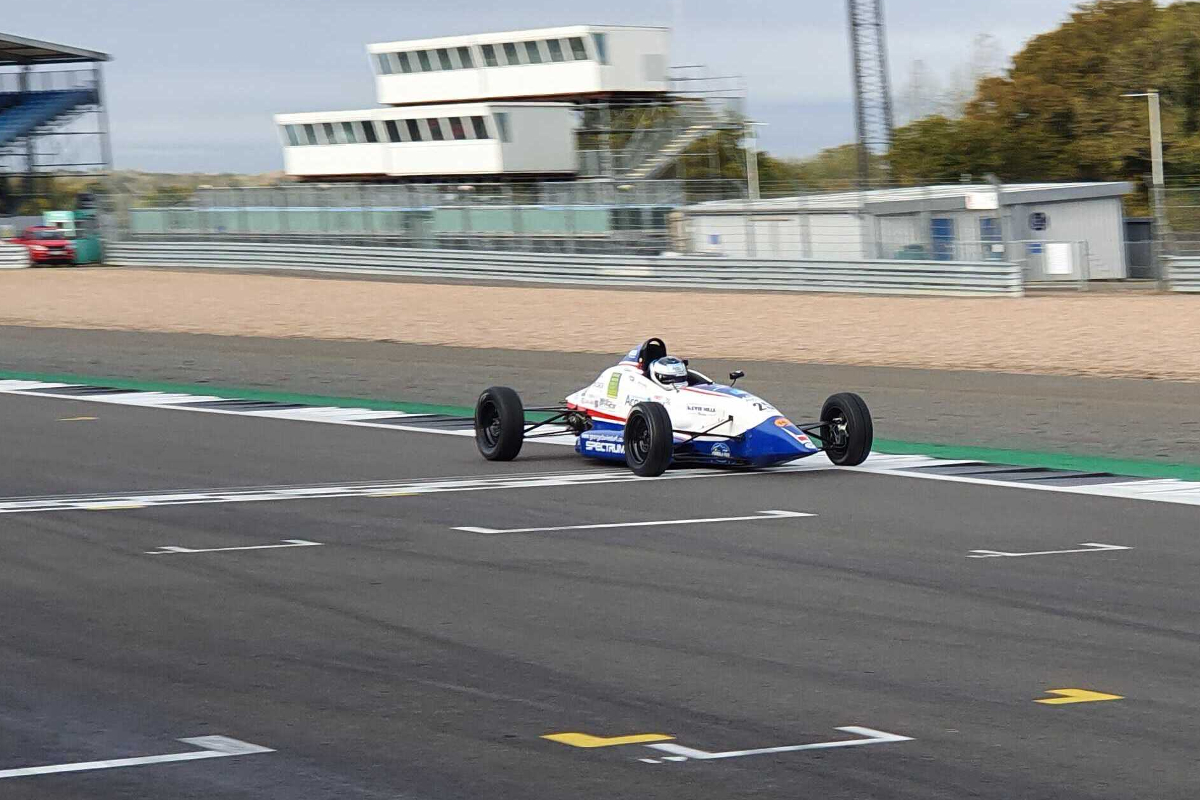 Kevin Mills Racing driver Moyersw led Fisher away from pole, but the latter slowed through Woodcote at the end of the opening lap before pulling off the circuit.

That promoted last year’s Hayes winner Ollie White into the second, and the Souley Motorsport driver remained in Moyers’ slipstream throughout, but didn’t make a move for the lead.

Moyers came home 0.2 seconds ahead of White, while Team USA scholar recovered from a bad start to climb from sixth to third for Low Dempsey Racing. However a five-second penalty for exceeding track limits dropped him back down to seventh.

Team Dolan’s Ben Cochran came out on top in a race-long battle with Jack Wolfenden to beat the Souley driver to fourth by less than 0.2s, but then that became a podium finish for the Scottish rookie.

Graham Brunton Racing’s Logan Hannah ran ahead of the pair early on in fourth, before holding off James Tucker and Kieran Attwood to be classified fifth.

Nathan Ward was ninth ahead of Chris Acton and John Svensson on his much anticipated UK racing return, while last-lap contact at Brooklands dropped Sam Street to 12th, having ran in the lower reaches of the top 10.