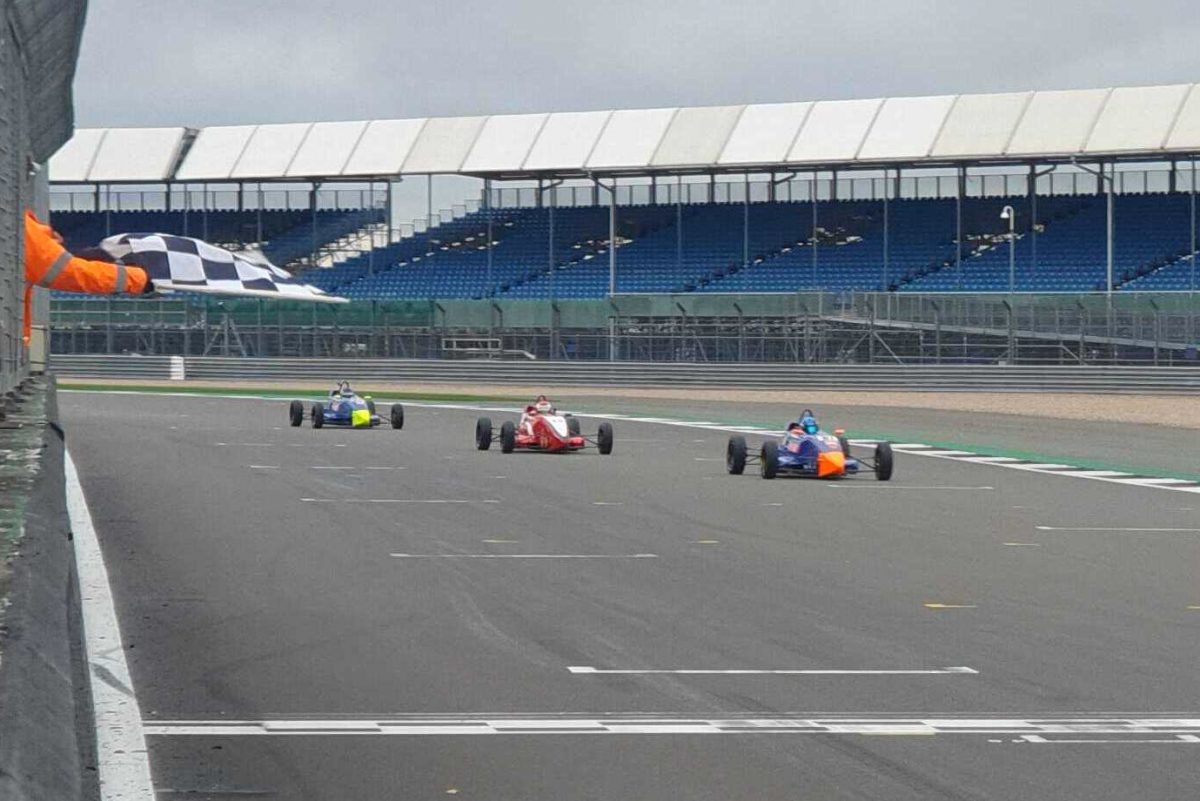 B-M Racing’s Smith started from pole and he led the first lap as cars went three-wide in places. The frantic action continued into the next few laps, and Wayne Poole Racing’s Fisher emerged as leader while Smith was briefly shuffled down to fourth before sticking with Fisher and Ben Mitchell to form a three-car battle for the win.

The gap between Fisher and his chasing team-mate Mitchell was less than two tenths of a second for several laps, and the only time he got a little bit of clean air was when Smith passed Mitchell for second on the last lap.

However the strength of the slipstream meant he was right behind Fisher at the finish, and Mitchell was only 0.712s back in third.

Ian Campbell was a lonely fourth, while Oldfield Motorsport’s Ian Gough dropped back to finish a distant fifth and had to get side-by-side with Graham Brunton Racing’s Michael Gray to hold onto the position.

Gray’s team-mate Derek Palmer Jr had an incident on the third lap that sent him down to 20th, and he couldn’t recover which meant he currently misses out on a semi-final spot.