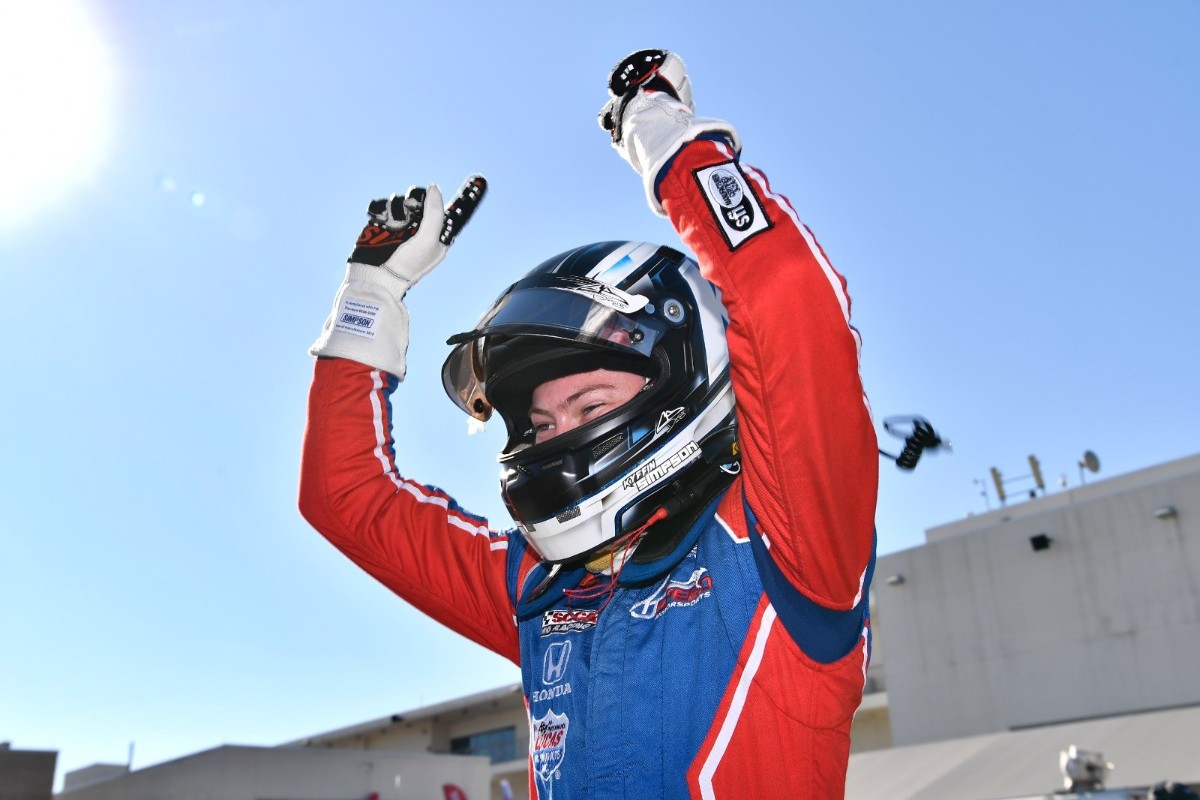 Kyffin Simpson won the 2021 Formula Regional Americas title in the final round at Circuit of the Americas.

The TJ Speed driver took two wins and a pole position from the weekend, but Friday’s race didn’t quite go to plan as he finished a distant 11th.

Simpson led from pole and was chased by Team Crosslink’s Joshua Car through the race’s first third. The first corner was where Car could get closest to the leader, and on one occasion he got too close and tapped Simpson into a spin.

Both fell down the order and then needed to pit, and promoted Velocity Racing Development’s Jason Alder to the lead.

Alder came third in United States Formula 4 this year, and along with Kiwi Motorsport’s Kaleb Ngatoa was one of two debutants at COTA. He qualified fifth and rose two places before the leaders clashed, which put him on course for victory.

Ryan Yardley, contesting his second FRegional Americas round, ended up closing in on Alder at the end but wasn’t challengong for the win as he had Future Star Racing’s Ernie Francis Jr in his mirrors.

Simpson’s victory hopes weren’t undone by a clash in race two, as he took a dominant win over team-mate Varun Choksey.

Francis initially claimed the lead from Simpson but it was wrestled back, while Francis struggled and finished six laps down.

Choksey rose to second, while Alder was on course for another podium until an error cost him two places with a few laps to go and Velocity’s Nick Persing moved up to third for his first podium.

It was another win for Simpson in race three, but this time he was pressured all the way by Crosslink’s Dylan Tavella. The order behind them changed on most laps, with Jordan Missig initially in third before being passed by Choksey.

Car fought past Choksey on lap five of 15, and such a big gap emerged behind him after that he was safe in the position.

A charging Francis made his way from 12th to a distant fourth place, while Choksey lost places with each lap and ended up out of the points.