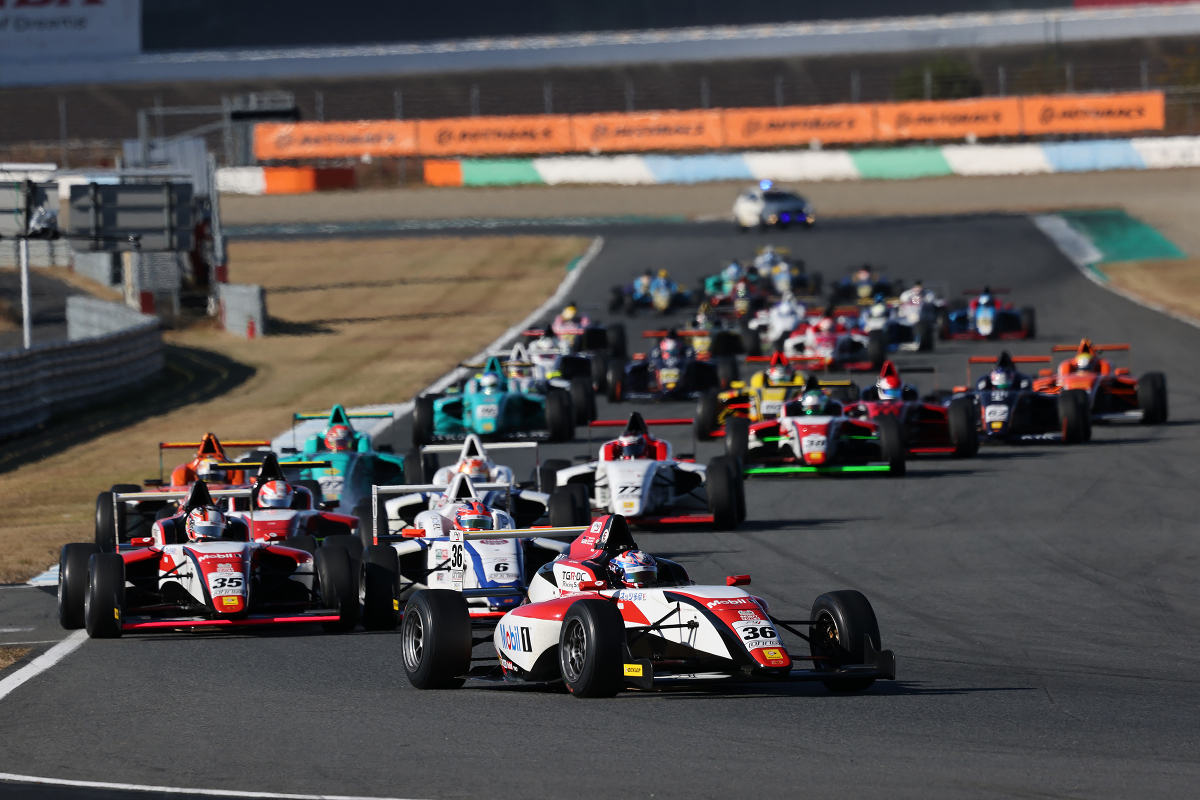 Toyota junior Rin Arakawa has moved into the Japanese Formula 4 points lead with a round to go after winning at Twin Ring Motegi.

There was drama before it began as Wataru Yoshimura just failed to reach his grid box and couldn’t get his car going so he had to be wheeled into the pits while a second formation lap took place.

When racing started it was a clean getaway for poleman Arakawa while Kimura bogged down from the front row. Kimura held second through turn one but was then briefly fifth at the next corner before diving down the inside of those ahead to reclaim second just as Hachiro Osaka speared off.

Toyota’s Jiei Okuzumi occupied third, and Honda’s Kakunoshin Ohta got himself into fourth but under pressure from points leader Seita Nonaka behind.

They battled hard, and drivers behind tried to get involved until the action was interrupted by the safety car after Syuji and Isao Nakashima collided and went off.

It was only out for a lap, and when racing resumed Ohta was able to keep his position. Arakawa was not though, as Kimura got alongside several times before briefly forcing Arakawa into the gravel after turn 11, dropping him to third while Kimura took the lead.

Arakawa reclaimed second from Okuzumi on the next lap, while Ohta briefly visited the gravel as he then tried to pass him. On the lap after it was three-wide between Ohta, Okuzumi and Nonaka at turn one and Ohta managed to get ahead.

A six-car battle had now formed for third place. Three of the cars ended up going off behind, but Ohta held on for third.

Nonaka, Okuzumi and Soto Ogawa traded places through the final two laps and Nonaka who came out on top for fourth, with Okuzumi pulling off a last-lap pass around the outside of Ogawa for fifth.

Arakawa claimed race two pole, but had Nonaka and Kimura overtake him on lap one. He soon led again though as they collided, and Arakawa went on to take the win and points lead.

Nonaka retired immediately, while Kimura dropped out of the top 15 but charged back up to ninth.

Ohta spent the opening two laps battling with Okuzumi in second place before securing the position.