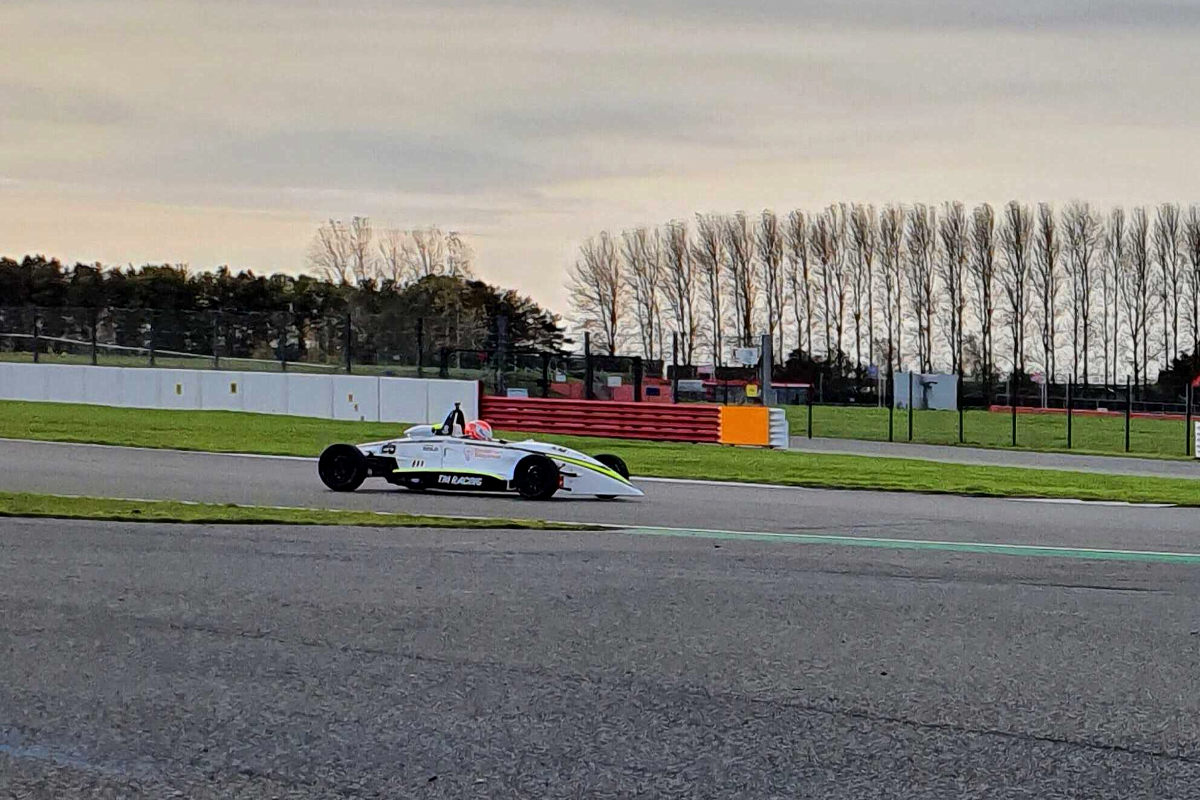 Felix Fisher came from 25th on the grid to win the Walter Hayes Trophy progression race ahead of Tom McCarthur.

The TM Racing driver, who retired from his heat with a car issue, moved up to ninth on the opening lap, but it was B-M Racing’s McArthur who made the best start.

After being absent for Saturday’s action, McArthur lined up at the very back of the field, and gained gained 23 places to run seventh by the end of lap one.

Malyutov retired in an opening lap incident which triggered a safety car period, while Neil Hunt spun off from third at the first corner and dropped to the back of the field.

Palmer snatched the lead when racing resumed on lap four of 10, but was passed by McArthur – who had swiftly made up further ground – at Brooklands a few corners later.

Fisher was soon into second and, after drawing alongside McArthur exiting Woodcote, moved into the lead after they passed the double yellows waved at Luffield for most of the race.

McArthur remained on Fisher’s tail, setting the fastest lap on final tour, but it was the latter that took the win by 0.418 seconds.

Palmer was a further 3.5s behind in third, with privateer Mark Armstrong taking a lonely fourth, having started from third on the grid.

Bob Hawkins was eighth for Springbridge Motorsport ahead of Sam Tompkins.

Bob Higgins was 10th for Riadro Motorsport ahead of George Ditchfield, while Stephen Bracegirdle climbed from 28th on the grid to take the final spot in the Last Chance Race in 12th for Wayne Poole Racing.

FF1600 legend Rick Morris pulled into the pits after the safety car with an issue with his Royale RP29, while Formula 3 race-winner Kelvin Burt and Richard Tarling both were non-starters.