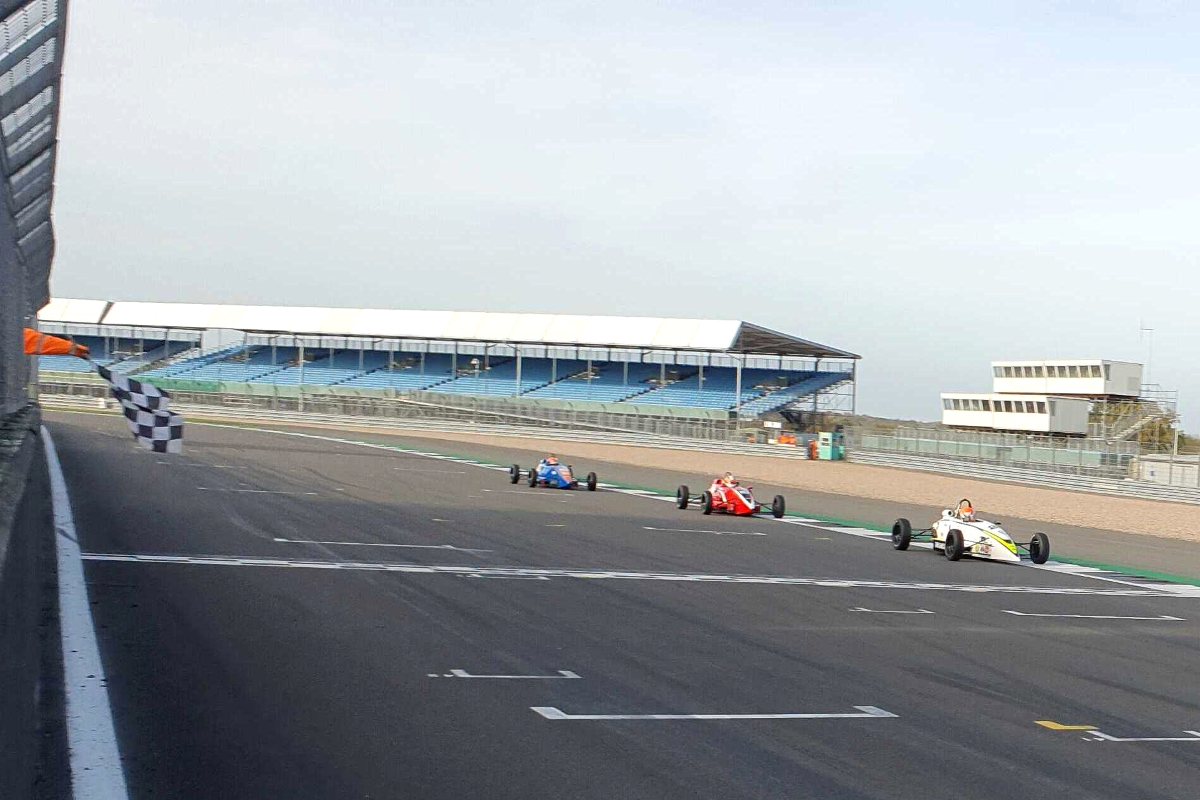 After starting from 20th on the grid following his win in the Progression Race, TM Racing’s Fisher moved up to 10th on the opening lap while McArthur, starting one place behind him, again made the better start to run seventh for B-M Racing.

Privateer Ian Schofield led away from pole in his Reynard 89FF, ahead of BIOS-sport’s Gaius Ghinn and UCLan’s Mario Sarchet, while Callum Grant climbed from ninth of the grid to fourth for Nigel Grant Motorsport.

Grant continued to make progress, taking the lead away from Schofield at the end of the second lap, with McArthur moving into second at Becketts a few corners later. Fisher passed Schofield for third on lap four of 10 before closing in on the top two.

After a close three-car slipstreaming battle, McArthur took the lead away from Grant on lap eight, with Fisher then snatching second.

Fisher took the lead at the far end of the track on the last lap to beat McArthur to the win by 0.270 seconds, with Grant finishing close behind in third.

Graham Brunton Racing’s Derek Palmer Jr climbed from 22nd on the grid to finish fourth, 13s behind the top three, having passed Schofield in the closing stages.

Ghinn finished 0.2s behind Schofield in sixth, while UCLan’s Jaap Blijleven recovered from a slow start from row three of the grid to take seventh late on.

Privateer Mark Armstong was eighth ahead of Porter Motorsport’s Joe Porter and StrongBroo Racing’s Neil Broome, who slipped back from fifth on the grid.