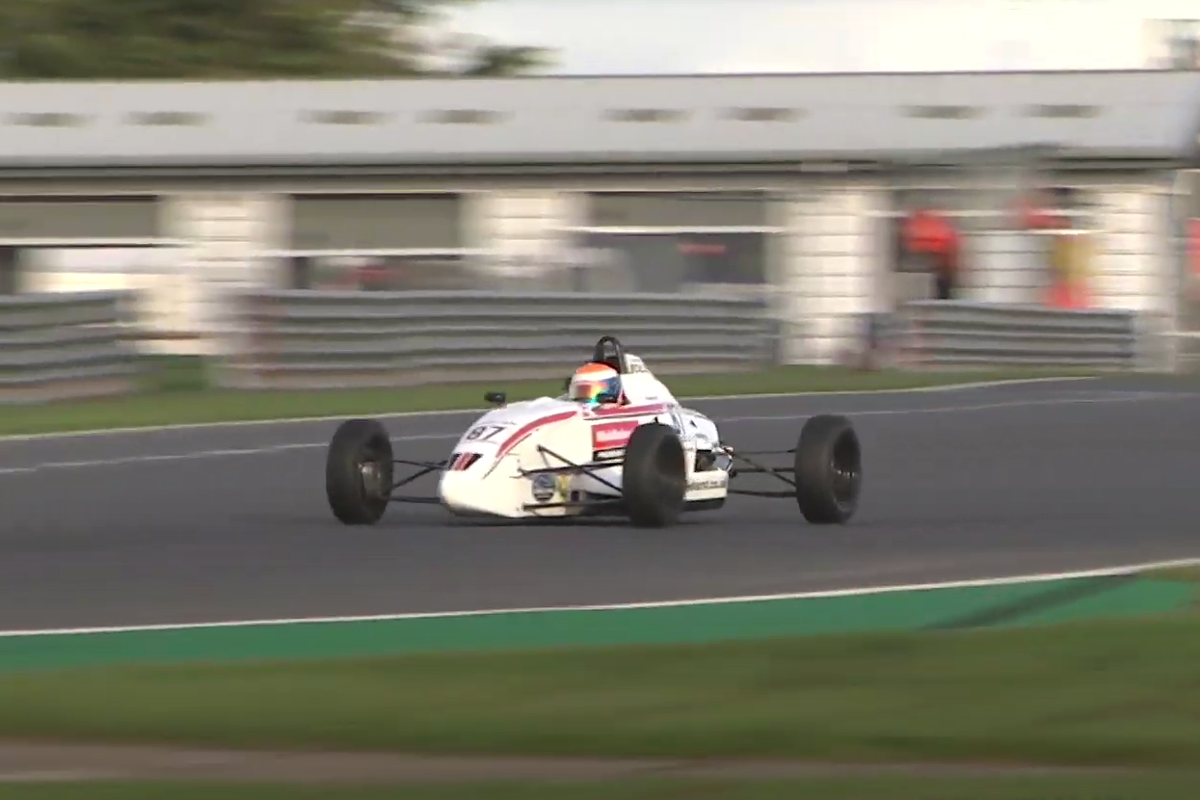 Max Esterson was the furthest forward of the title contenders on the reversed grid for the final race, as he started sixth. Middlehurst was one spot behind, with Walker a further five back from that.

By the end of lap one it was Team Dolan’s Middlehurst who was the leader of the trio, and Walker in the middle as Esterson went off at Oggies. Joey Foster was the overall race leader, ahead of Niall Murray and Team USA scholar Andre Castro.

Walker’s climb to eighth was ended shortly after when he went to pass Dolan’s Morgan Quinn around the outside of Riches. Quinn collided with the points leader, sending both straight into the barriers.

This didn’t interrupt the race, but lifted Esterson up to 11th and put Middlehurst in position to steal the title. He gained a spot by passing Esterson’s Low Dempsey Racing team-mate Colin Queen, then moved into fourth when Castro fell down the order.

Foster had succumbed to Murray, Thomas Mills and Middlehurst by mid-distance, putting Middlehurst on the podium. He didn’t have the pace to challenge race winner Murray or Kevin Mills Racing’s Mills, and took the title in third place.

Jamie Sharp passed Queen with a lap to go, then he took fourth from Foster on the final lap. Queen tried passing Foster too, but after three attempts finished 0.013 seconds short.

Lucas Romanek was just on their tail in seventh, while Esterson’s recovery went no further than eighth and he ended up third in the standings behind Middlehurst and Walker.