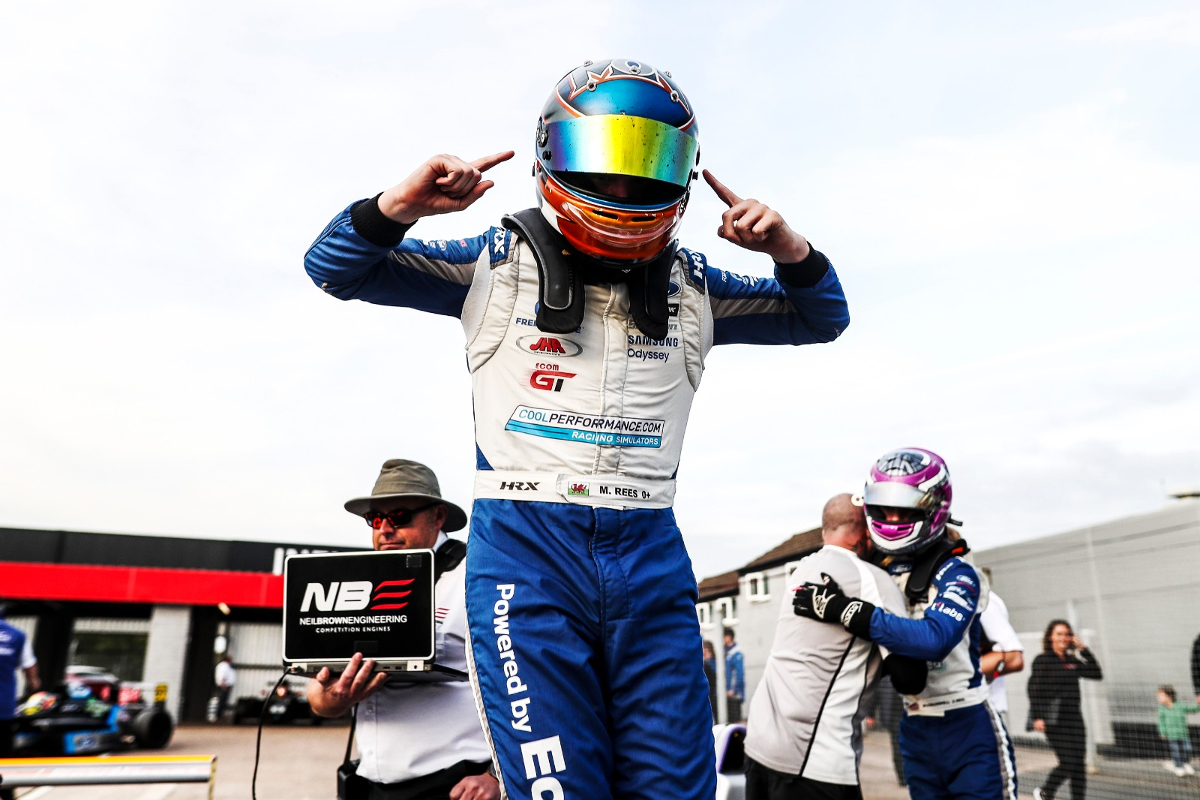 Matthew Rees dominated the third British Formula 4 race at Donington Park for his fourth win of 2021 and an extended 11-point championship lead.

Rees spent the opening laps battling JHR Developments team-mate McKenzy Cresswell for the lead. Cresswell briefly got ahead, but Rees continued to run alongside.

Matias Zagazeta made it three-wide, but was forced into the gravel and down the order. Rees came back through to the lead as Cresswell had damaged his front wing, and then pulled away by an astonishing amount.

Cresswell put up a good defence against Aiden Neate for second place and was able to build a gap of his own as Neate, Zagazeta and Joel Granfors battled for position. But once Zagazeta found a way past Neate, he rapidly closed the gap to Cresswell and took second back off him. Granfors followed him past to knock Cresswell off the podium.

Neate was unable to take advantage in the last two laps, as he was locked in a battle with Joseph Loake. The pair made contact on the final lap and both were forced wide through the gravel. They managed to continue, albeit down the order.

Dougie Bolger avoided their drama to take fifth ahead of a charging Zak Taylor and Marcos Flack.

James Hedley made his way up to finish eighth, while Eduardo Coseteng and Kai Askey completed the top 10.