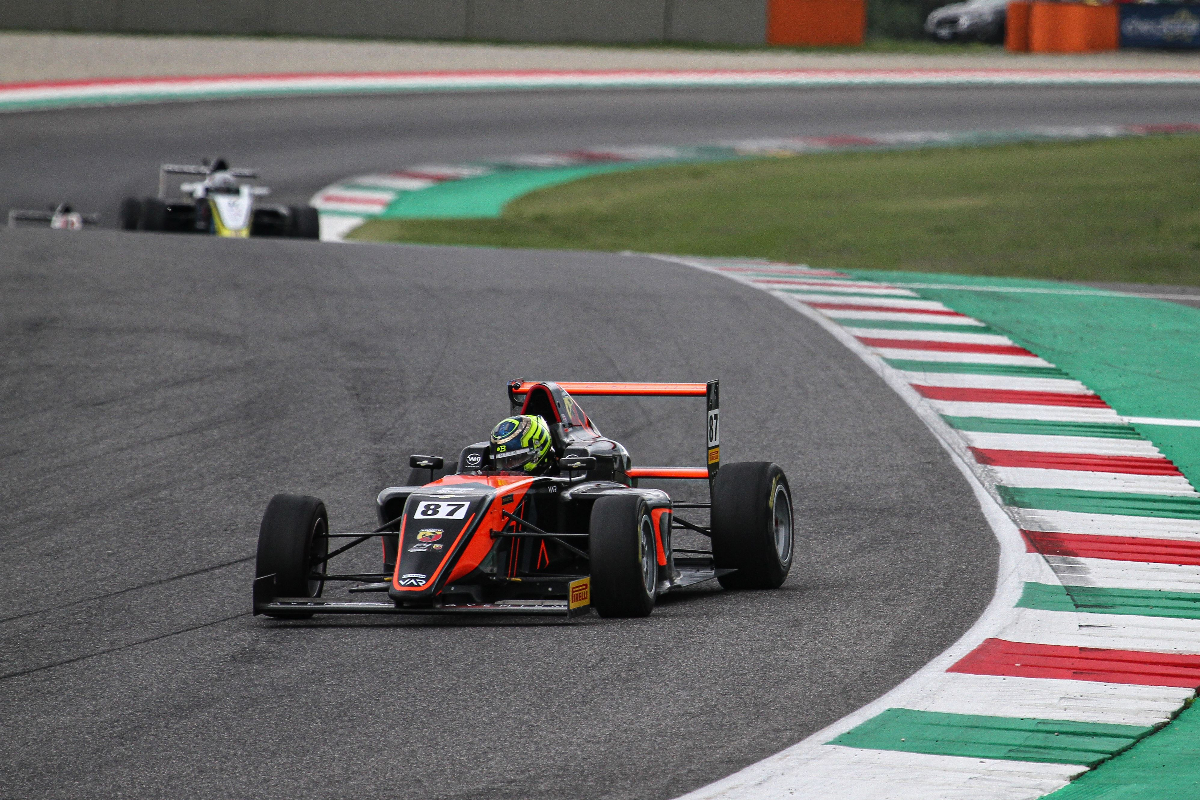 Ollie Bearman claimed the 2021 Italian Formula 4 title with a round to spare by finishing a subdued 10th at Mugello in a race dominated by Joshua Duerksen.

The pair shared the second row of the grid, and Duerksen immediately leapt into second place to challenge poleman Joshua Dufek for the lead. Bearman meanwhile dropped behind three cars, and their respective trajectories continued through the race.

Duerksen spent two laps hassling Van Amersfoort Racing’s Dufek before getting by, and he then pulled away while Dufek ended up at the front of an eight-car train which Bearman was at some points at the tail of.

Leonardo Fornaroli put Dufek under the most pressure but he couldn’t find a way past, and when Sebastian Montoya slipped past him he found the same trouble and the last of his attempts resulted in a turn one collision. Dufek retired, while Montoya spent several laps sat in the pits getting repairs.

That promoted Bearman up several spots, but didn’t stop his slide down the order as he fell behind three of Jenzer’s drivers and then title rival Tim Tranitz.

US Racing driver Tramnitz was also struggling but managed to stick with the train of cars ahead, while Bearman was gapped back in 10th.

Duerksen finished with a lead of 7.205s over Fornaroli at the front, while Nikita Bedrin won against fellow Russian Kirill Smal in the battle for third. Smal was almost taken at the end by Santiago Ramos, the first of the Jenzer drivers.