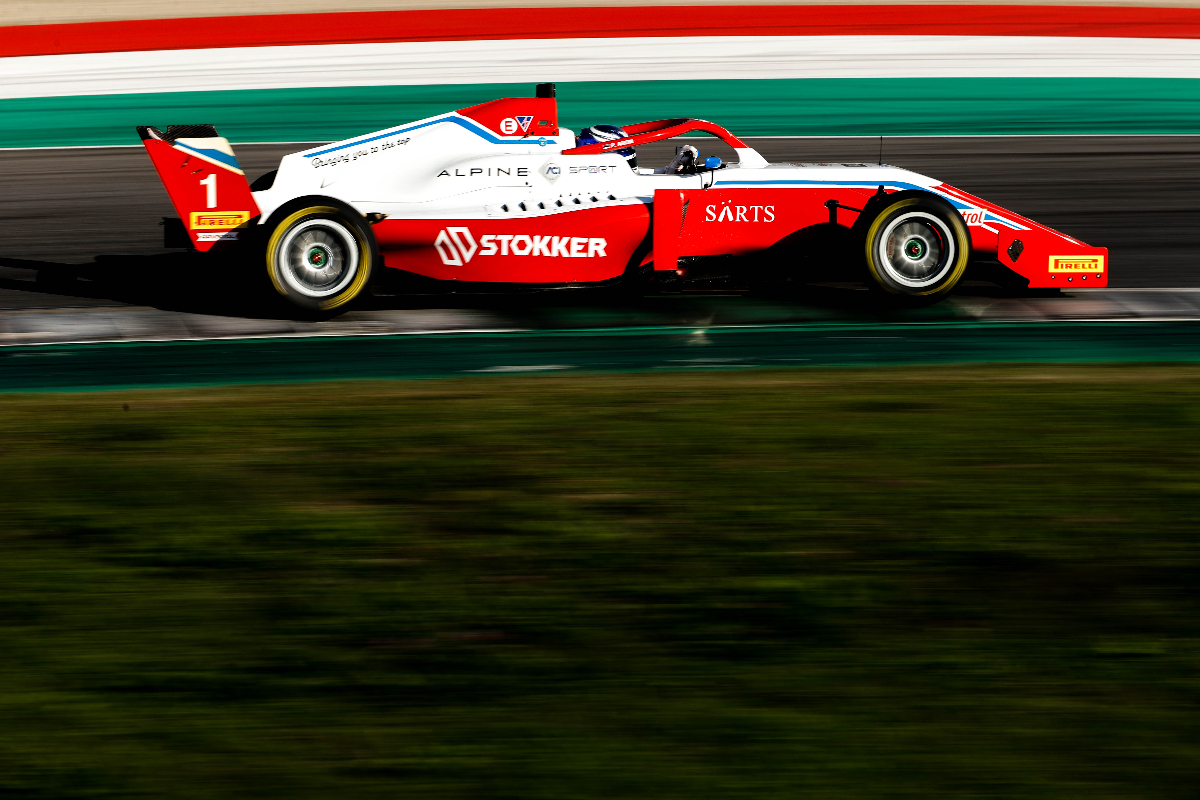 Newly crowned champion Gregoire Saucy started between the pair and initially challenged poleman Aron for the lead after pointing his car towards him on the grid.

Aron’s defences through the opening corners allowed Beganovic to slip past Saucy though, and from there the top two was set. It was a first podium for Beganovic, and victory brought Aron up to second in the points.

Saucy’s focus in the race soon switched to Michael Belov, who passed Franco Colapinto at the start, and on lap seven of 18 he had to defend hard into turn one to keep the Russian behind. He stuck with him though back up the hill and through the turns two/three chicane, but then ran through the gravel on the exit and dropped away from Saucy’s gearbox.

Belov couldn’t quite get close enough to Saucy again to challenge his third place until the field was bunched up by a late safety car period. Colapinto got involved on the restart and made it three-wide for third, but Saucy held on before yellow flags were waved as William Alatalo crashed out.

Once clear of the flags the battle resumed into the final lap, and Belov kept it planted around the outside of Saucy at turn one to take third. Moments later the race was red flagged though, as Jasin Ferati crashed violently out of the final corner.

The result was taken back to lap 16, meaning Saucy came third and further down the points Gianluca Petecof was classified 10th despite dropping to 12th at the end. Similarly, Alatalo was classified in 16th place despite not finishing.