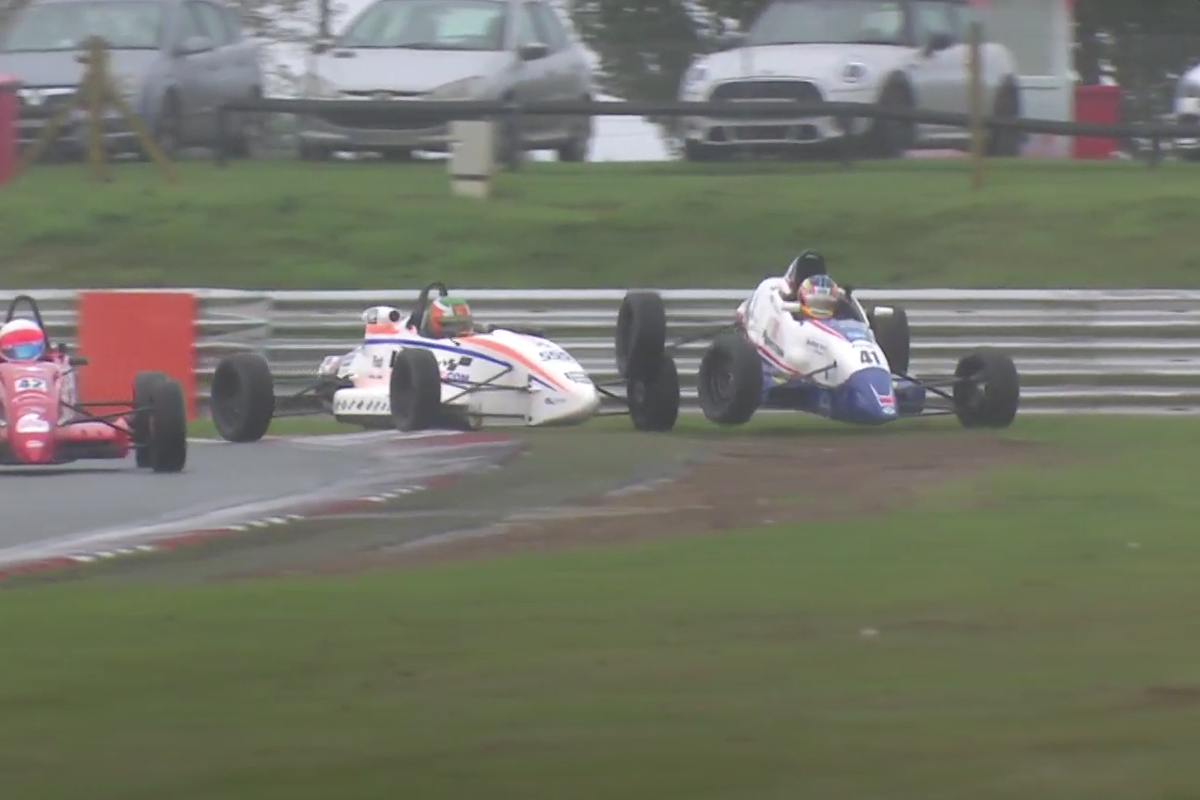 Walker started from pole, courtesy of his victory in Saturday’s race, ahead of Niall Murray, Jamie Sharp, Mills and title rivals Chris Middlehurst and Max Esterson.

There was drama before the race began, as PWR1’s Jeremy Fairbairn broke his front-right suspension with an off on the warm-up lap, then B-M Racing’s Sharp didn’t get off the line and there was a second formation lap.

By the time racing did start it was raining lightly, and Mills was able to take the lead after Walker slid onto the grass while Middlehurst cleared Murray for third and then passed Walker quickly too as he went wheel-to-wheel with Murray.

The opening lap ended with Mills almost three seconds in the clear, Lucas Romanek out of the race after an off and Ben Cochran flying through the wet grass too.

Murray briefly lost a spot to Esterson, but fought back and got down the inside of Walker at Murray. They then went side-by-side until Brundle, where contact was made as they crossed a puddle. There was a second hit at Nelson, with Murray running Walker off the road and Walker then going over Murray’s rear wheels as he tried to turn on the grass.

The pair fell to eighth and ninth, and while the guesting Murray was able to go back on the attack there was no such luck for Walker who later had to park up.

KMR’s Megan Gilkes was a season-best fourth, and Low Dempsey Racing’s Colin Queen and Murray jumped past Don Hardman Racing’s Joey Foster at the finish for fifth and sixth. Andre Castro was similarly shuffled down to eighth.