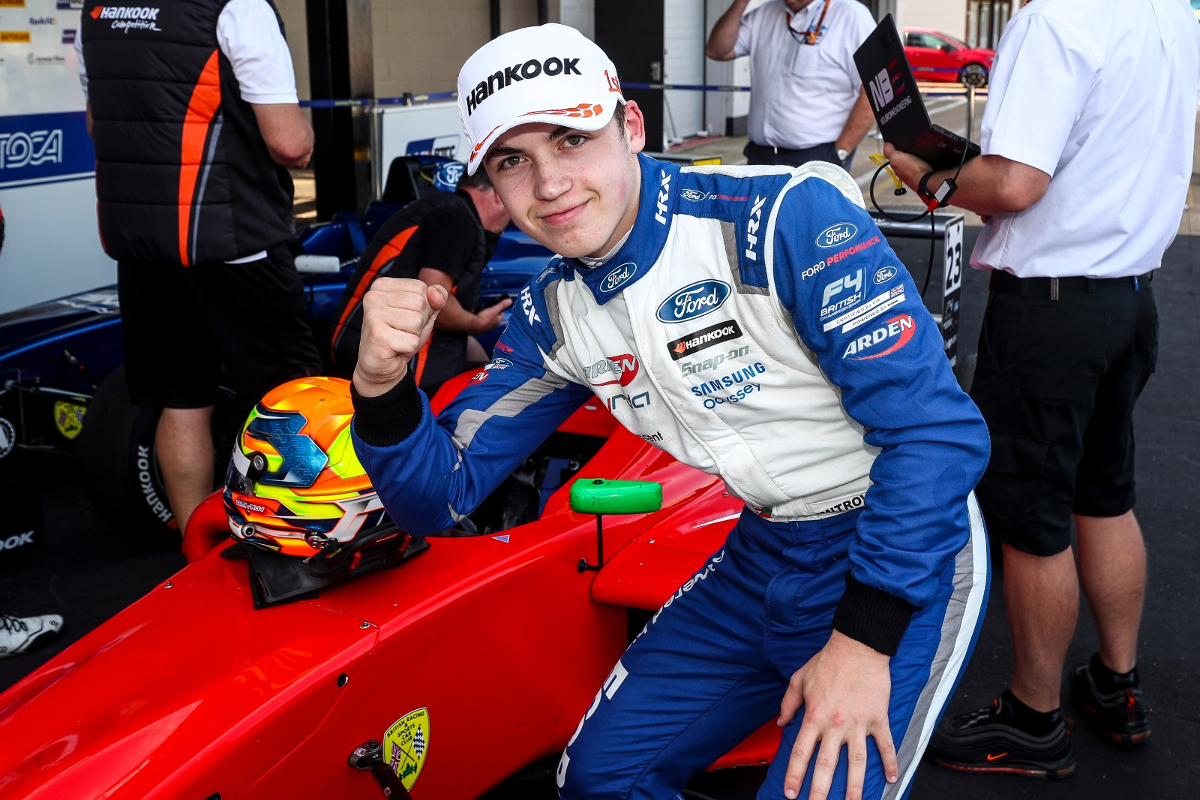 Dimitrov took the lead from pole-sitting Arden team-mate Cameron McLeod early on, but spent most of the race under pressure from those behind him.

He eventually finished the race just two tenths of a second ahead of Kai Askey, who took his best finish of the season in second place.

Much of the battling for position took place behind Dimitrov. McLeod put up a good fight to try to keep Askey behind him, but was eventually forced wide and dropped down the order before briefly coming to a stop, which brought out the safety car for a lap.

The safety car period put Askey back on Dimitrov’s tail, but Dimitrov got the better restart and Askey was forced to contend with a charging James Hedley behind before another safety car neutralised the action.

This time a battle between Joseph Loake and Eduardo Coseteng had sent Loake into the barriers and left Coseteng with damage to his rear wing.

Hedley piped Askey on the restart and Askey was forced to hold off Zak Taylor to retain a podium position. Askey managed to shake Taylor for long enough to find a way past Hedley, and was closing in on the race leader when the chequered flag fell.

Hedley’s impressive drive from seventh on the grid would only be rewarded with a fourth place, as Taylor passed the Carlin driver late on to drop him off the podium.

Marcos Flack had been following Hedley’s climb up through the order in the first half of the race, but then was caught in a battle with pre-race championship leader Matias Zagazeta. He held off Zagazeta and came home fifth with the fastest lap of the race.

Matthew Rees started from the pit lane, but had no problems cutting his way up through the order. He finished seventh, taking valuable points for positions gained which puts him ahead of Zagazeta into the points lead.