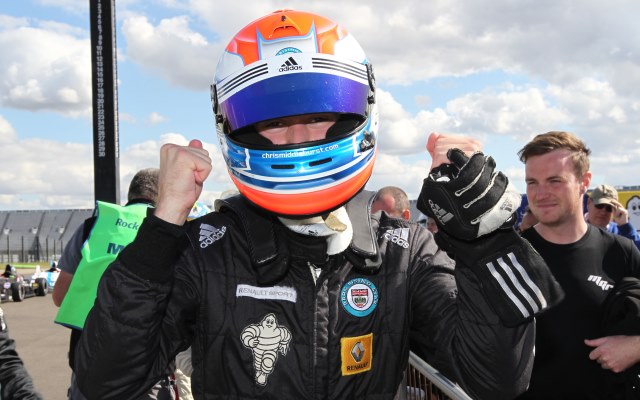 After clinching the Protyre Formula Renault championship trophy, Chris Middlehurst spoke of his team in high terms and also revealed his plans for the future.

?What a great race today and a great way to win the championship with another podium,” said the 18-year-old Englishman. “The car has been great everywhere really this year, the team has been fantastic, and it?s been down to me to seal the deal.

“To win championships you don?t necessarily have to win races, just score points and keep on the podium as much as you can and that?s what we?ve done.

?As a single-seater driver, obviously I?d like to go up to European Renault or somewhere like that but it?s all down to the budget”, he added. “We?ll work hard over the coming months where that?s concerned but we do have one or two things in the pipeline which might be a surprise!?

The Protyre Formula Renault title was the fourth series Middlehurst has won, as he is the champion of?National Formula Ford 1600, North West Formula Ford 1600 and also Champion of Oulton.?Middlehurst, who is a BRDC Rising Star and part of the MSA Academy, could follow the path of Jake Dennis and Matt Parry, who moved to Formula Renault NEC after winning English-based championships.