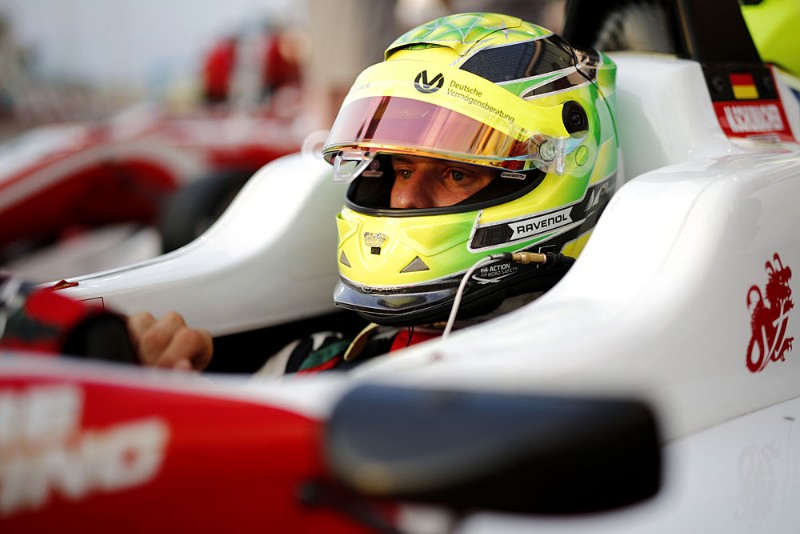 Mick Schumacher continued his leading form in European Formula 3 by topping free practice at the Nurburgring.

Prema dominated last time out at Misano, but Schumacher was the only of the team’s five drivers to be on the pace in practice. Robert Shwartzman was the next best, sixth fastest and over a third of a second off the pace, while title contender Marcus Armstrong was 21st after only setting four lap times in the second session.

Championship leader Dan Ticktum was second fastest for Motopark, just over a tenth off Schumacher and the only other driver to break into the 1m20s bracket.

Hitech GP’s Alex Palou showed encouraging pace in third, but had less than half of a tenth covering himself, Motopark’s Jonathan Aberdein, Palou’s team-mate Enaam Ahmed and Shwartzman.

The continued resurgence of Carlin, which is celebrating having achieved 1000 podiums since its creation, was demonstrated by seventh and eighth places for Ferdinand Habsburg and Sacha Fenestraz. Prema’s Guan Yu Zhou and Ralf Aron completed the top 10.

Juri Vips, who is second in the standings to team-mate Ticktum, could only go 12th fastest.