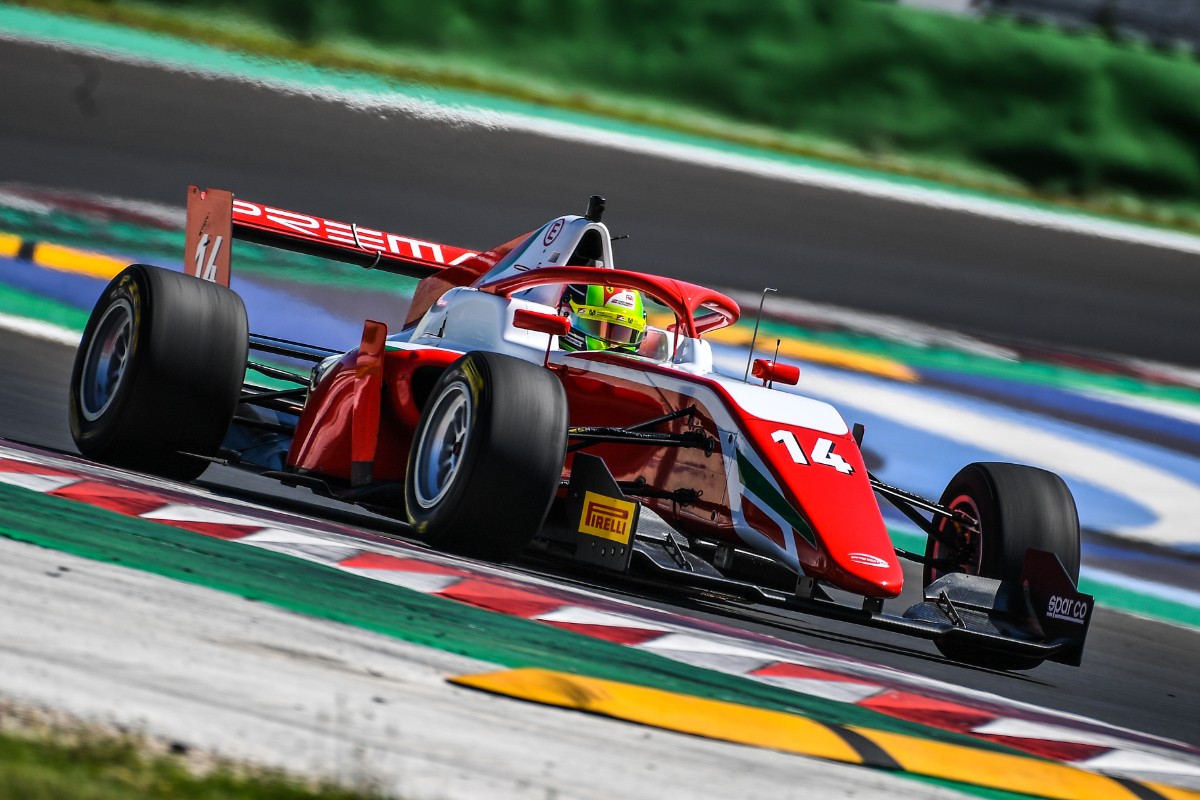 Mick Schumacher set the pace for Prema on the first day of the Formula Regional European Championship test at Misano.

Prema called upon its Formula 2 and FIA Formula 3 Championship drivers to help them prepare for the upcoming season, with Schumacher’s F2 rival and fellow Ferrari junior Marcus Armstrong also getting some track time with DR Formula.

Schumacher topped the rain-hit morning session by just 0.079 seconds from Armstrong, with the New Zealander striking back in the afternoon be beating Schumacher to top spot by 0.021s.

Logan Sargeant was 0.049s behind in third, in a car he will hand over to FIA F3 team-mate and reigning FREC champion Frederik Vesti tomorrow, with W Series champion and Prema’s new FREC signing Jamie Chadwick showing improved pace less than a second behind in fourth place.

The Italian Formula 4 test running alongside didn’t have Prema at the top, with the Italian squad testing its drivers elsewhere, and it was Jenzer Motorsport’s Romanian talent Filip Ugran who was fastest in a 20-strong field.

They were separated in the afternoon by Cram Motorsport’s Andrea Rosso, who lapped 0.162s off Ugran with his session-topping afternoon time.

Impressive afternoon times put Bhaitech’s Jesse Salmenautio and DRZ Benelli’s Francesco Simonazzi in fourth and fifth, with Simonazzi setting the most laps of anyone. Nine drivers were within a second of Ugran’s pace.

Several karters made their test debuts, including British talent Ollie Bearman with Mucke Motorsport, and Polish star Mateus Kaprzyk with AS Motorsport.