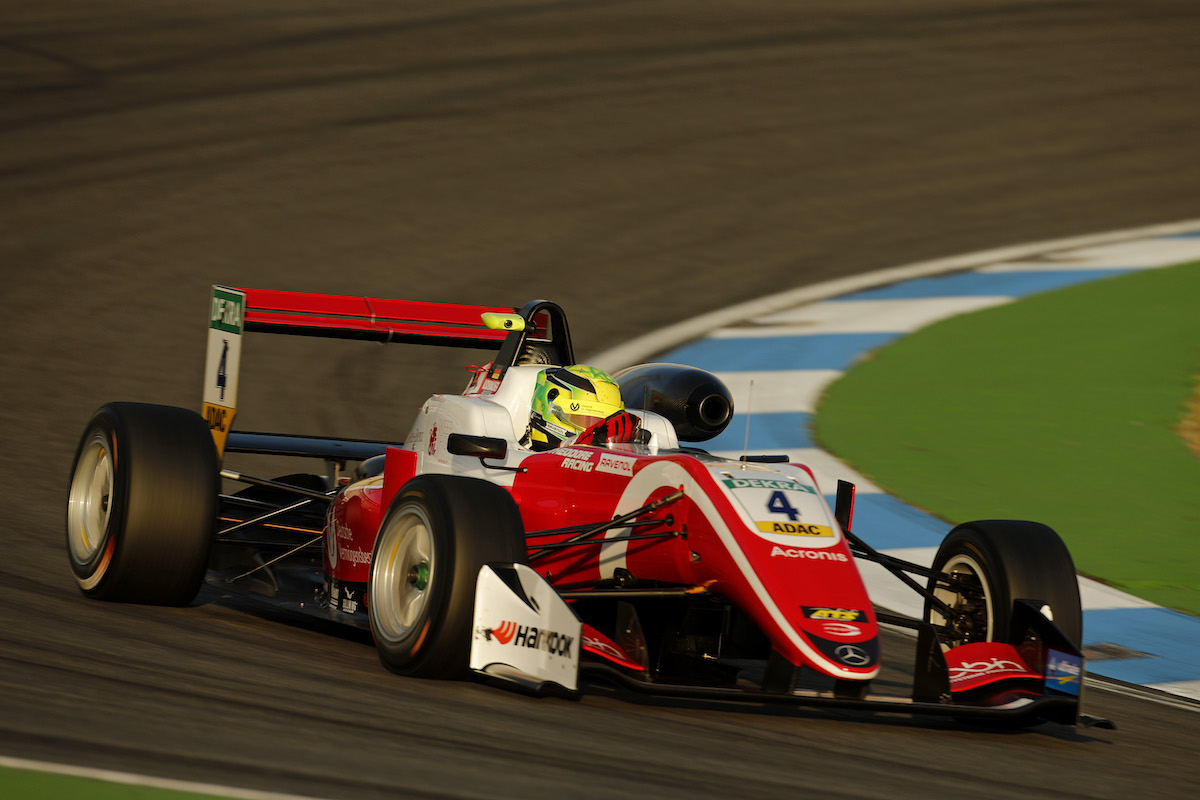 Mick Schumacher clinched the Formula 3 European Championship title with second place in the penultimate race at Hockenheim, which was won by Juri Vips.

Vips and Schumacher shared the front row of the grid, and went side-by-side on the opening lap into the Mercedes Arena, where Schumacher was lucky not to be torpedoed from behind by Alex Palou, who was diving up the inside of Robert Shwartzman for third.

The safety car then neutralised the field after Enaam Ahmed, Julian Hanses and Sacha Fenestraz came together fighting over seventh place at Turn 1, with Fenestraz sent hard into the tyre barrier on the outside.

For two laps after the restart, Vips and Schumacher remained close together, but Schumacher then ran wide in Turn 1 – perhaps in reaction to a very sideways Vips ahead of him – and the gap immediately grew to 2.3 seconds.

In the end, Vips finished 3.4s clear as he took his fourth win of the season, one that moves him right into contention for the championship runner-up position.

Second place was more than enough for Schumacher to become champion – Prema’s fifth in six years of the championship in this guise.

His sole remaining rival Dan Ticktum had needed a podium finish from 15th on the grid, even if Schumacher retired, in order to take the fight to Sunday.

The Red Bull junior did make good progress, getting up to 11th at the start and finishing up seventh after a series of overtakes.

Ralf Aron leapt from eighth to third on the first lap, taking advantage of the fight between Palou and Shwartzman.

Aron got close to Schumacher after his team-mate’s error, but ultimately settled for third.

Shwartzman got back ahead of Palou after the restart, but was passed by Jehan Daruvala with 12 minutes to go.

Ticktum remains second in the standings, but has only 14 points in hand over Vips, who jumps ahead of both Shwartzman and Marcus Armstrong.

Vips will start race three in third with Ticktum 10th, meaning they would finish tied on points if they kept their positions until the end.

Shwartman and Armstrong,?who again failed to finish after pulling into the pits before the start, are no longer within reach of Ticktum, and 13 and 22 points behind Vips.