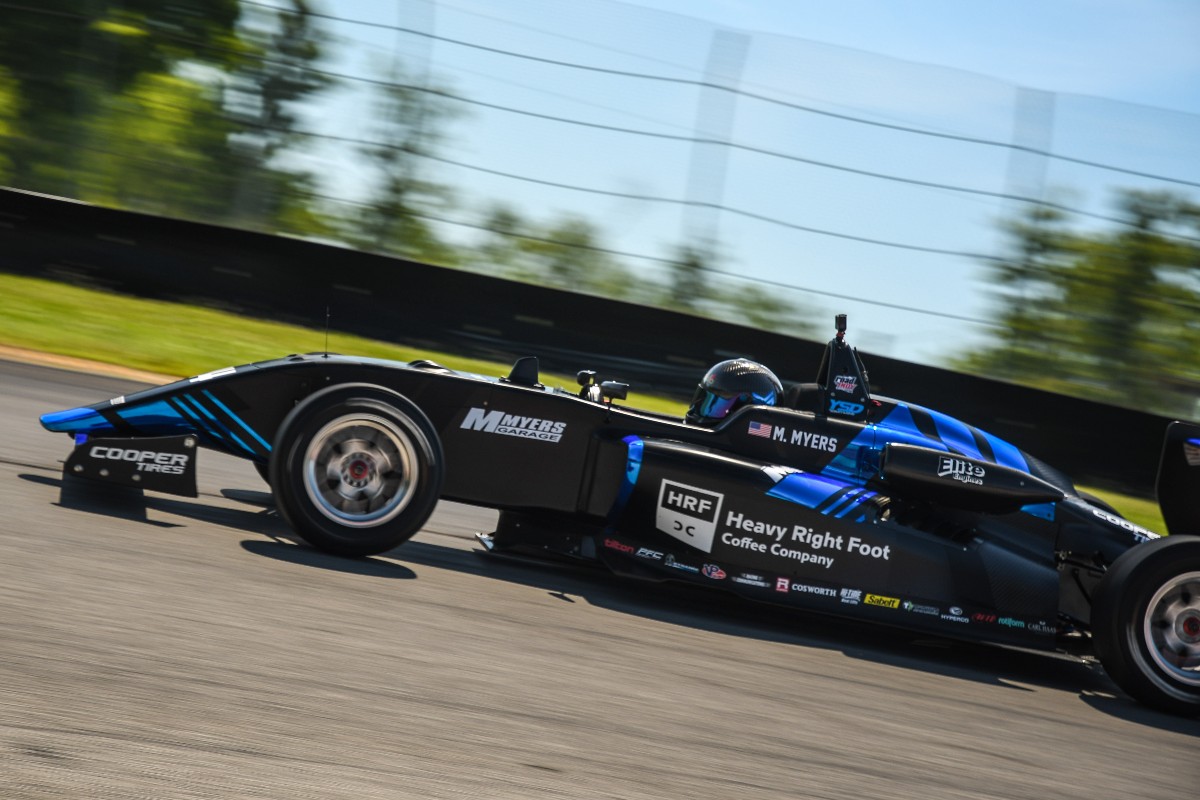 Michael Myers will join the USF2000 grid from the second round of the season in St. Petersburg this weekend, and will race for his own team.

“We are going racing!” the 19-year-old said as he shared the announcement of his USF2000 return on social media.

“I am excited to be back on track this 2021 racing season under our own team MMR. We will be learning as we go and having fun as always. Let’s get it.”

Myers virtually debuted his own team in single-seaters in the iRacing-based Road to Indy eSeries during the lockdown period and came fifth in the points.

He started off as an off-road racer, before switching to the single-seater route in 2019 when he just missed out on the Lucas Oil Formula Car Race Series title and then won the championship’s winter series as well as earning himself a spot as a finalist in the Team USA Scholarship.

Myers tested with Legacy Autosport in USF2000 a few months before his 2020 debut, and was long anticipated to join the championship before he eventually did.

His 2021 programme could have started at Barber, but he couldn’t put the neccessary deals together in time to contest pre-season testing or the first round at the circuit.