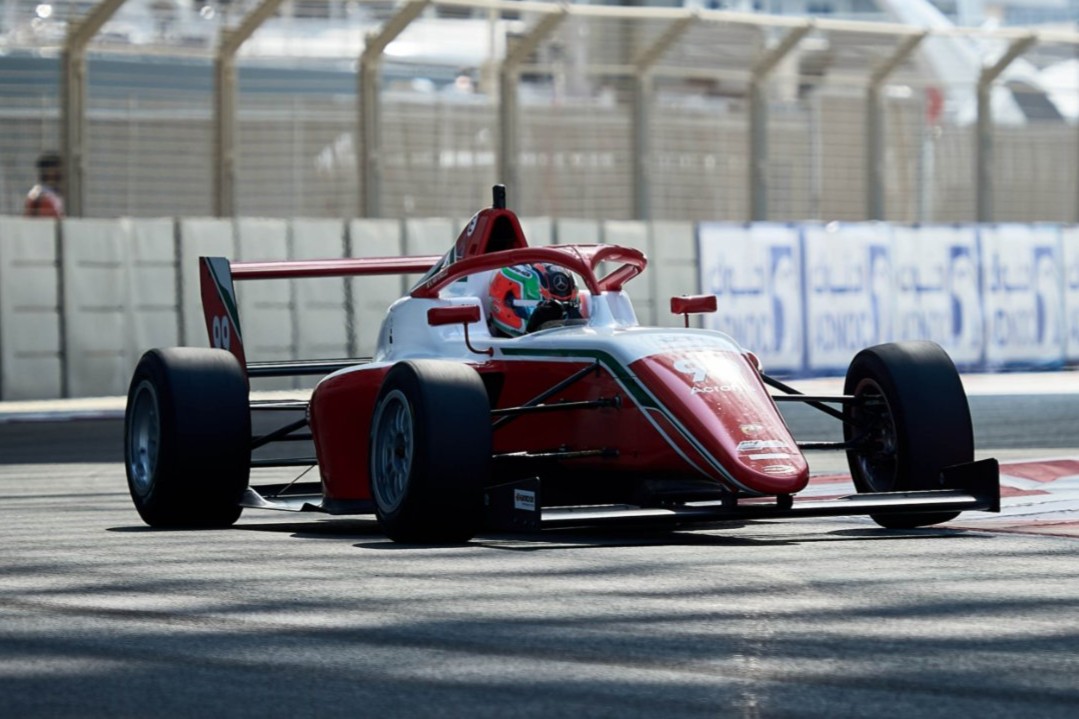 Abu Dhabi Racing by Prema set the pace on day one of Formula 4 United Arab Emirates pre-season testing at Dubai Autodrome, which featured an influx of new teams.

The Thursday running was split into three sessions, with Mercedes-AMG Formula 1 junior Andrea Kimi Antonelli fastest in all three and with his best lap being set at the start of the day.

A surprise third place in session one was Formula 2 racer Richard Verschoor, driving for MP Motorsport.

The Dutchman has departed MP’s driver line-up in F2, but he is the team’s official driver coach and got to celebrate his 21st birthday with a run in the Tatuus T-421 and to help with set-up work on the newly introduced F4 chassis.

Verschoor was second to Antonelli in session two, 0.153 seconds splitting the pair, with MP’s 2022 signing Valerio Rinicella in third and Luke Browning in fourth.

British F4 champion Browning was shaking down both of Hitech GP’s chassis, with the team having not been able to enter last weekend’s F1-supporting non-championship race due to freight issues.

Its entry into F4 UAE is supported by a working partnership with Cram Motorsport, which ran Victoria Blokhina and Ricardo Escotto on Thursday. Blokhina will step up from senior karting to contest the Italian and UAE F4 championships next year, with Escotto expected to join her at Cram in the Middle East.

Alongside Hitech, which ran the cars for the 2019 Motorsport Games F4 Cup but otherwise has no competitive category experience against other teams, the other new name to F4 was recently-launched German outfit PHM Racing.

The Paul Muller-led squad pitches itself as a not-for-profit team and ran three T-421s, but is yet to reveal if it will race in F4 UAE next January.

Absent from the test but announcing its entry into the opening two rounds of the 2022 season was AKM Motorsport, run by Antonelli’s father Marco. Mumbai Falcons also plans to race in the series with Prema support ahead of running cars in the new-for-2022 Indian F4 championship.

Antonelli had a margin of 0.405s between himself and team-mate Conrad Laursen in second place in Thursday’s sole afternoon session, with a similar gap covering second to sixth.

Xcel Motorsport’s Ismoilkhuja Akhmedkhodjaev was slowest across the day, but the Uzbekistani karter only managed 11 laps in session one and missed the other two.