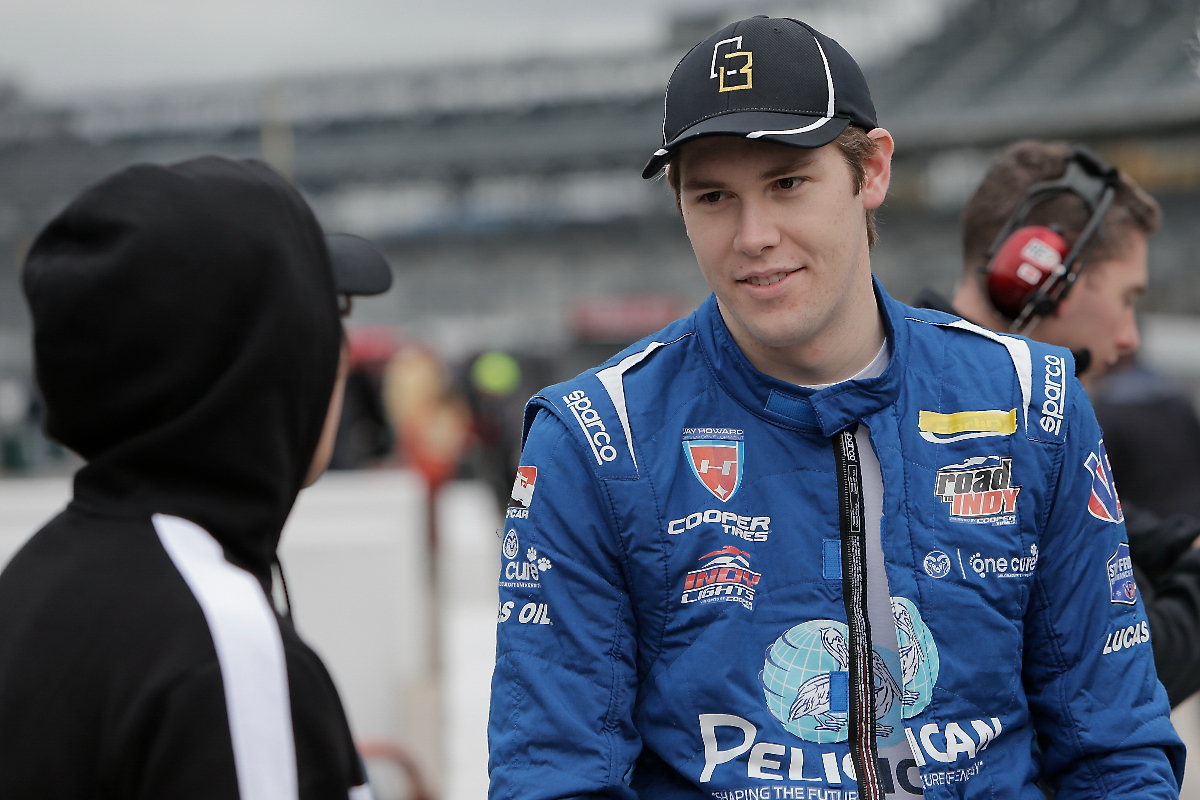 HMD Motorsports has signed Christian Bogle for Indy Lights in 2022, meaning the series will at least match the size of its full-time grid from its return season.

Indy Lights was called off in 2020 due to the COVID-19 pandemic after a single practice session, and the series returned this April with 13 cars. Only nine drivers contested the full season, and there are now nine names committed to 2022.

Bogle raced for Carlin with Jay Howard Driver Development as a rookie this year, picking up a best result of seventh in Detroit. He will be alongside fellow sophomores Danial Frost and Benjamin Pedersen in HMD’s Indy Lights stable.

“I am still fairly new to motorsports compared to my competitors but feel the home I have found at HMD Motorsports will help accelerate my progress with the help of some very fast teammates,” said Bogle, who has been a protege of JHDD through United States Formula 4, USF2000, Formula Regional Americas and Indy Lights since debuting in cars in 2018.

“We have had several test days together [with HMD] already and have been able to get to know one another,” he added.

“The way they have fit me to the car is the most comfortable I have ever been, and that is showing in the on-track progress. They have welcomed me with open arms and surrounded me with the people that I need to improve as a driver.”

In addition to the official post-season Chris Griffis Test on Indianapolis Motor Speedway’s road course, Bogle has driven for HMD at Barber Motorsports Park and Sebring.

“The first test that we had together was a learning experience for both the team and I, but now that we have found our footing, I’m becoming more comfortable with the car, and it is noted by the decrease in the gap to the quickest drivers in the series.”

Bogle was 0.80 seconds off the pace in the recent group test on Sebring’s short course, topped by Andretti Autosport’s Sting Ray Robb by 0.14s ahead of team-mate Hunter McElrea, Pedersen and Frost. Just 0.06s back from that trio was Matthew Brabham, targeting an Indy Lights return with Andretti after several years out of single-seater racing.

Manuel Sulaiman (HMD) and Kyffin Simpson (TJ Speed) were a further 0.02s back, and in eighth place was Ernie Francis Jr.

Francis was the breakout star of FRegional Americas this year, winning three races and coming third in the points in what was his first single-seater campaign.

IndyCar series owner Penske Entertainment Corporation plans that Francis, a four-time champion of the TransAm sportscar series, races in Indy Lights next year for the USF2000-experienced Force Indy team it supports as it becomes the series’ promoter.

There has been no announcement by Force Indy, as it awaits delivery of its own Dallara IL-15 car. Francis was run at Sebring by staff from various teams.

DEForce Racing has made its second USF2000 signing for 2022, bringing in series sophomore and 2020 F1600 Championship Series runner-up Dylan Christie.

You can listen to this week’s podcast with HMD’s Indy Lights runner-up David Malukas below, or find it on Breaker, Google Podcasts, Overcast, Pocket Casts, RadioPublic, Castbox, Apple Podcasts and Spotify.