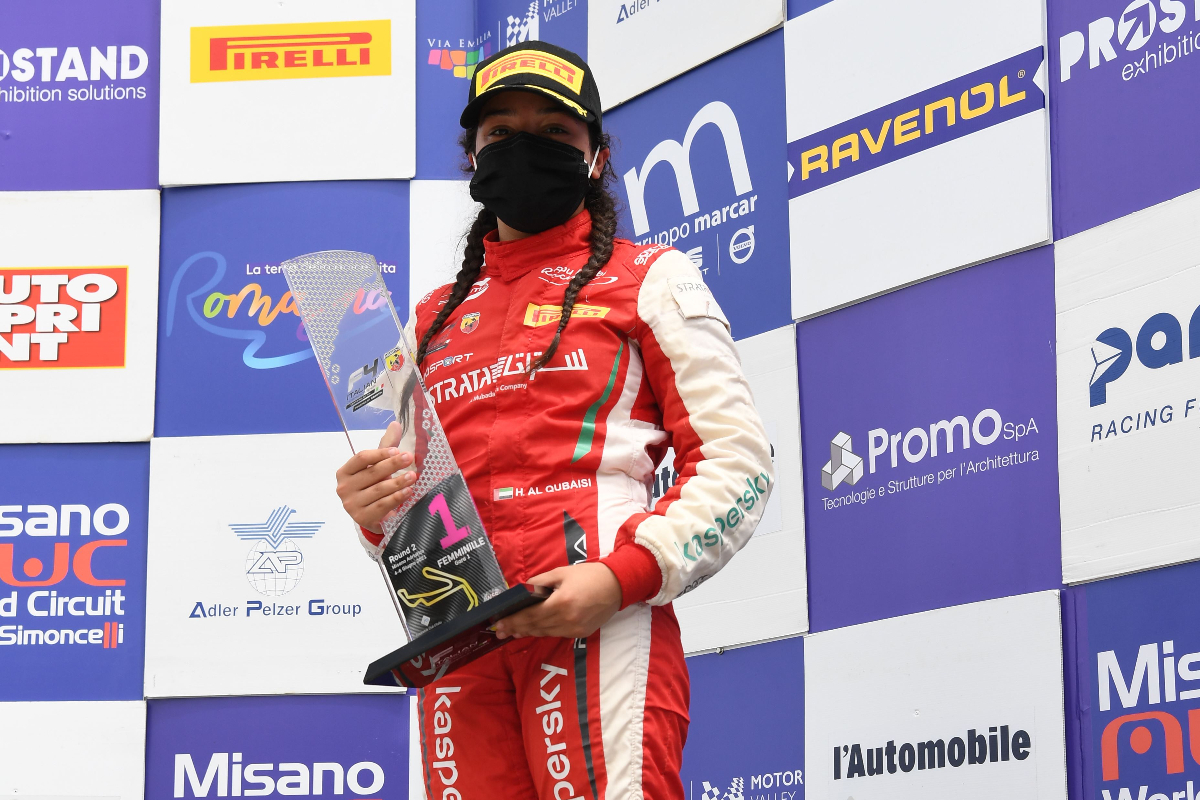 Hamda Al Qubaisi and Nicola Marinangeli have become the next two drivers to join the grid for the 2022 Formula Regional Asian Championship season.

The championship, recently renamed from Asian Formula 3 and not to be confused with Formula Regional Asia Series, will take place over five rounds held at Dubai Autodrome and Yas Marina Circuit through next January and February.

Marinangeli is the third signing of the Evans GP team, while Al Qubaisi steps up with Abu Dhabi Racing by Prema.

“I am thrilled to be joining the Asian F3 championship with Evans GP,” said Marinangeli.

“I am especially excited about the chance to benefit from the engineering team and crew that were able to achieve second in the teams’ championship in their debut season last year. They achieved numerous wins and podiums so I hope we can achieve some strong results together this season.”

It will not just be Evans GP’s second season in the series, but Marinangeli’s too as he contested the similarly structured 2021 season. His FRegional experience extends to two seasons in European championships too.

Last year Marinangeli won a race in Formula 4 United Arab Emirates and came fifth in the points, one place behind Al Qubaisi who won three times. She followed that up with another three wins this year and then a podium in Italian F4.

Al Qubaisi announced her participation in FRAC via Yas Marina Circuit’s Instagram after signing off her F4 career with an appearance in the Abu Dhabi Grand Prix-supporting race that heralded the start of the category’s Gen2 era.

Her full-time team-mates at Prema in Italian F4, Sebastian Montoya and Kirill Smal, are linked to stepping up to FRegional for 2022 but are yet to settle on their plans. Montoya is hotly tipped to do FRegional European Championship with Prema.

Montoya has already confirmed one racing commitment, as he will share a car with his Formula 1 grand prix-winning father Juan Pablo in IMSA’s Sebring 12 Hours race that takes place in March.

The pair, along with Henrik Hedman, will compete in a DragonSpeed-run Oreca 07 LMP2 prototype sportscar which the younger Montoya first experienced in the World Endurance Championship rookie test at Bahrain last month.

He’s spoken to Formula Scout before about the chance of contesting the Le Mans 24 Hours with his father in the future.