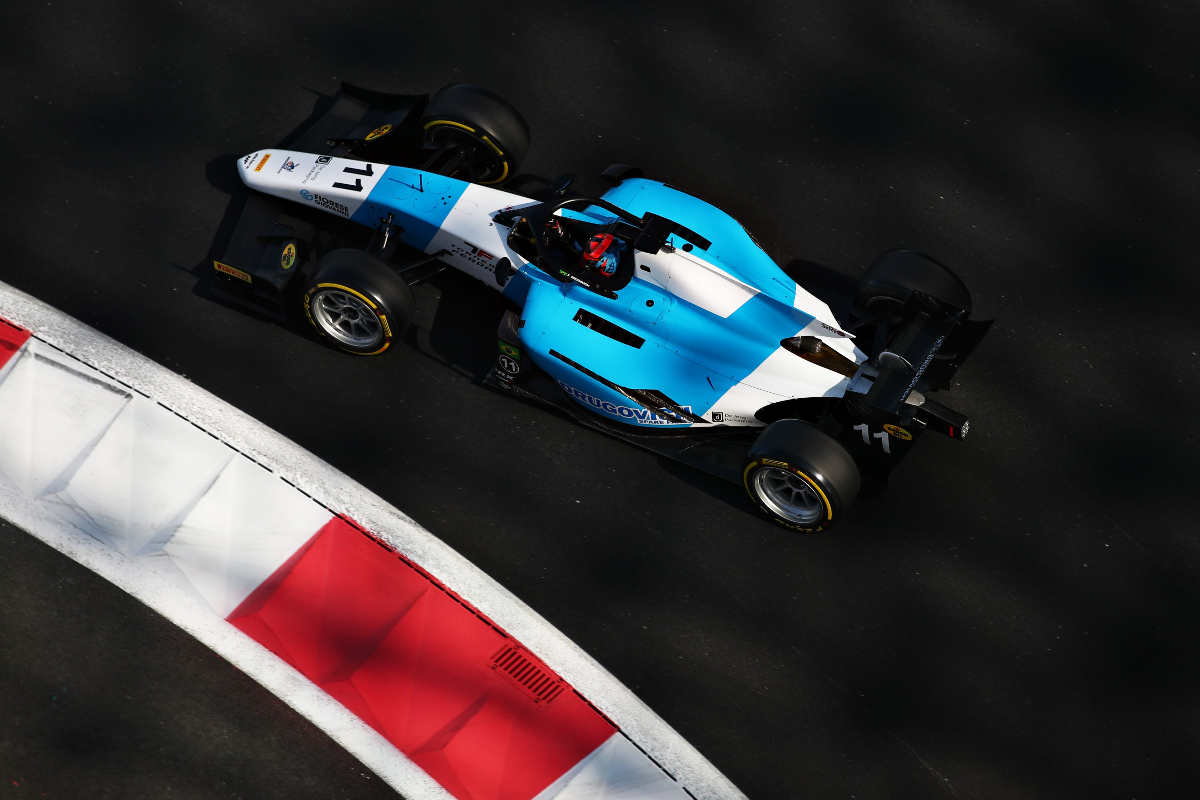 Felipe Drugovich was fastest for the second morning in a row in Formula 2’s post-season Yas Marina Circuit test, setting the pace by nearly half a second.

Green flag running was limited during the three-hour session, as 74 minutes of track time was lost in five stoppages.

After three early red flag periods, it was over 30 minutes before Campos Racing’s Ralph Boschung set the first representative laptime. Just before the end of the first hour, Drugovich then posted a couple of laps quicker than the rest of the field could manage.

Red flags were waved again after 72 minutes when DAMS driver Ayumu Iwasa crashed at Turn 15. The impact required a lengthy stoppage to repair the damage caused to the barriers.

The session resumed almost 40 minutes later, but there were no improvements in the top seven in the remaining hour.

Behind Drugovich the next four drivers were covered by just 0.1s. Virtuosi Racing’s new signing Jack Doohan was second, and Jehan Daruvala maintained his strong pace from day one to go third fastest, 0.614 seconds down on Drugovich.

The Prema driver was followed by Theo Pourchaire (ART Grand Prix), Liam Lawson (Carlin) and Juri Vips (Hitech). Jake Hughes managed an impressive seventh for Van Amersfoort Racing, and is believed to be in contention for a race seat with the incoming team, while Boschung who was one of the few drivers to improve in the final hour and went eighth fastest.

ART GP’s FIA Formula 3 graduate Frederik Vesti had been the only driver not to set a flying lap before the lengthy interruption, but a series of quick laps at the close of the session brought him up to 14th place.

The final red flag was required when Carlin driver Logan Sargeant stopped at the final corner.