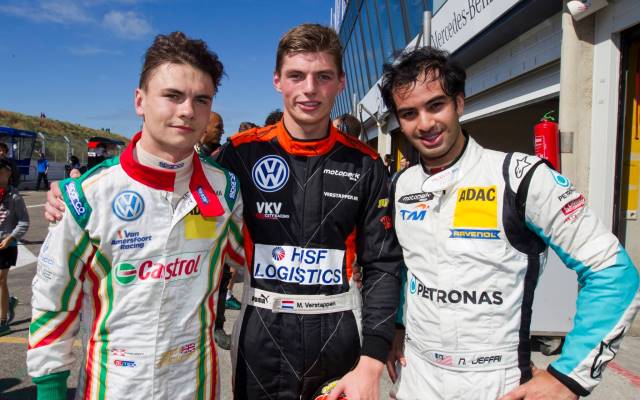 Max Verstappen saw off a strong challenge from the opposition to land pole position for the Zandvoort Masters of F3.

The first of the two sessions was a messy affair in wet conditions that saw four red flags for drivers beached in the gravel at the first corner Tarzan. When conditions were best at the end of the session, Verstappen was beaten to top spot by 0.7 seconds by his usual team-mate Jules Szymkowiak.

The dry later session saw times improve by 15 seconds, giving Verstappen a second chance to get pole. Despite being run close towards the end, he finished 0.62 seconds clear of his nearest rival Sam MacLeod.

Andy Chang was seventh as the best of the entries from the British series, as opposed to drivers run by teams from the German category. Fellow Double R driver Dennis van de Laar was eighth ahead of Martin Cao, Camren Kaminsky and Nikita Zlobin.