While money has not been an issue, results had been hard to come by for Max Chilton. But this year he’s shown good pace in GP2 and was last weekend rewarded with his first win…

With a wealthy petrolhead father, Max Chilton has long been tipped as a future Formula 1 racer, and tested for Force India in 2011. However, he only managed to pick up a handful of points in each of his first two seasons in GP2. That’s all changed in 2012 though, where he has been constantly amongst the top qualifiers and a consistent points scorer. Last weekend in Hungary he finally grabbed his first pole position and converted that into a maiden victory.

After starting off in karts, Max began racing cars in the T-Cars series in 2005, following in the footsteps of older brother Tom who has gone on to race touring cars in the British and World championships. In 2006 he was runner-up, just three points behind Luciano Bacheta and winning more races.

Max moved into single-seaters in 2007 and started in British F3, though he had to wait until the second round, a day after he turned 16, to be old enough to enter the series. It what was always going to be a learning year with the Arena International team, he failed to score a point with a best result of 11th.In September he shared an Arena-run Zytek LMP1 car at the 1000 km of Silverstone

He switched to the Hitech Racing team in 2008, and finished in second place in the first race of the season at Oulton Park. In round three at Monza he qualified on the front row for the first race, but was taken out in a first corner shunt. Race two saw him take his maiden pole and he led much of the race, but was slipstreamed down to fourth towards the end. He claimed another pole in the next race at Rockingham, but again only finished fourth before taking his second and final podium finish of the season in race two. A lacklustre second half of the year saw him finish tenth in the final standings. 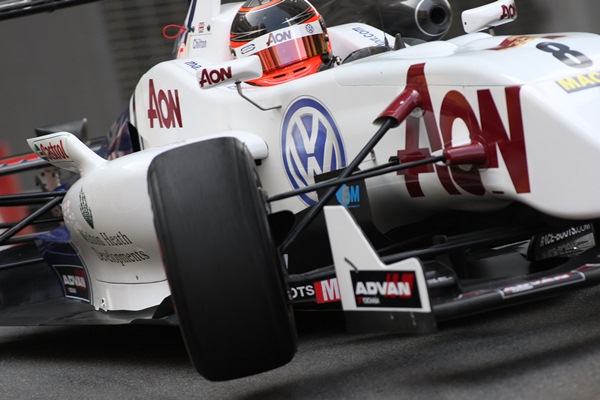 For 2009 Max switched to the all-conquering Carlin team. He was on pole for the season opener at Oulton Park, but was penalised for jumping the start. Round two at Silverstone saw Max take a double pole, but he only finished the races second and third. The middle of the year saw him racking up consistent points in all but one race, but off the podium. At the penultimate weekend at the Algarve in Portugal he took pole for the second race and took a first British F3 win but was third overall behind invitational entries Jules Bianchi and Sam Bird. The final weekend at Brands Hatch saw him finish second in the first race, before winning the second race. He finished fourth overall, as rookie teammate Daniel Ricciardo was dominant champion and his 2008 teammate Walter Grubmuller took second.

At the end of 2009, Max made his GP2 debut in the Asia Series with the Addax team. For the second round in February 2010 he switched to Ocean Racing Technology, with whom he had signed for the main series campaign. He finished eighth in the first race and then sixth in the second after starting on the reverse grid pole position. His obligations with Addax saw him return to the Spanish team for the Bahrain double header. He went point-less for much of the 2010 main series until he finished eighth in the feature race at Monza. Starting from pole position for the sprint race, he slipped back to fifth by the end.

Max’s father Grahame, vice-chairman at insurance giant Aon, bought the Carlin team at the end of 2009. When they joined GP2 for 2011 it was obvious that Max would race for them. After a quiet Asia series and opening couple of European rounds, Max qualified and finished seventh in the feature race in Monaco and was then sixth in the sprint race. He qualified fifth on home soil in Silverstone but retired from the feature, while at the Nurburgring he came from 17th to sixth in the sprint race. Those would be his last points of a disappointing season. At the end of the year he tested for Force India at the Young Driver Test in Abu Dhabi. 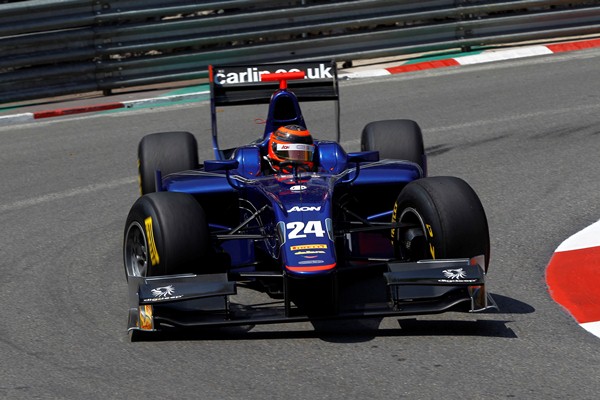 Sticking with Carlin for 2012, he got his season off to a good start by qualifying and finishing third in the season opener in Malaysia. He then finished in the top seven in six of the next seven races. Then in Monaco he topped his group in qualifying to start on the front row, but fell to fifth in the feature race before coming through to second in the sprint race. More points came in the next three races, before a run of three non-scores. At the Hungaroring his record of qualifying in the top ten every time looked set to come to an end when he lay 20th as the session reached its end. But he then pulled out a last-gasp pole-lap, which he successfully converted to a maiden victory.

After Silverstone he tested for Marussia in their Young Driver Test – the Russian-owned team having partnered with Carlin in GP2 for 2012.

Talent rating: Max has proved his pace on numerous occasions, and has done so consistently in 2012. While his first F3 campaign – his first in cars – was a struggle, he was right at the sharp end from the off in his second. But in both that season and his third he failed to achieve race results that matched his qualifying speed. He was by no means the slowest in his first GP2 season but again struggled for results, while 2011 was hampered by the team being new to the series. This year they’ve found there feet and Max has showed great speed and consistency. But there are still serious questions about his racing ability. 7/10

Chances of getting to F1: Grahame Chilton has put in serious investment to Carlin and into Tom’s WTCC team, and there’s nothing to stop him from doing the same with an F1 team. The relationship between Carlin and Marussia makes them the likely candidate, and Max has already had the chance to impress them in a test. It remains to be seen whether a vacancy will come up for 2013, but if it doesn’t then it could in 2014, when Max will have had the opportunity to fight for the GP2 crown. 9/10 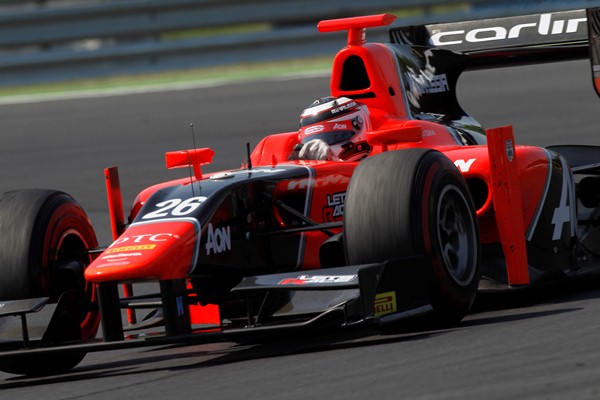