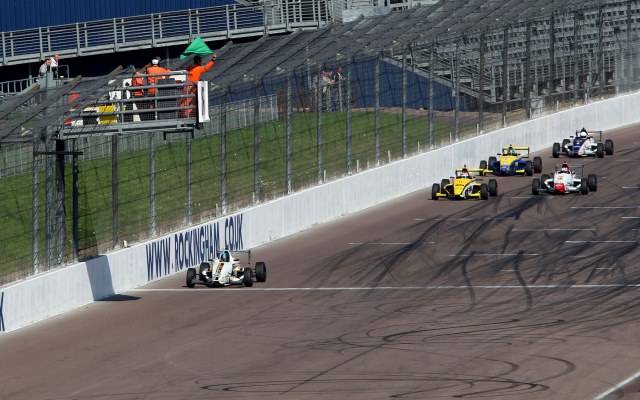 Ricky Collard led the opening five laps after starting from pole position, but was passed by Marshall on lap six on the inside of the hairpin.

Five laps later, following a safety car period to retrieve the car of Micheal O’Brien from the gravel, Collard was shuffled back to fourth behind Ashley Sutton and Harrison Scott.

Marshall opened up a three-second lead on his way to victory ahead of Sutton, while Scott’s third place put him back ahead of Kruger in the title race.

Kruger was fifth at the end of lap one but then slowed and pitted, reporting an electrical issue. He had drawn level with Scott on points with his win in race one – his third straight victory – but is now 24 adrift with seven races left.