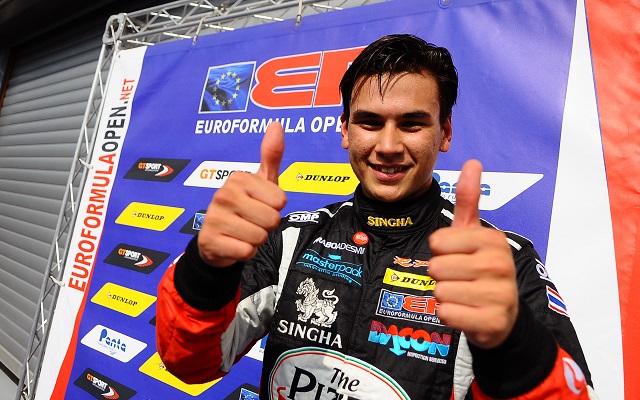 Starting from pole, the Thai driver retained his lead after the first lap and managed to build up a comfortable gap over his rivals that was up to 13 seconds by the time the checkered flag fell. As such, Stuvik claimed his eighth win of the season, which now leaves him with a comfortable points lead ahead of the remaining two rounds.

Behind the dominant race leader, there was a great duel for second, which saw several position changes. Eventually, Stuvik’s squadmate Artur Janosz was the one to claim the runner-up spot, followed by Yu Kanamaru in third and Yarin Stern not far behind in P4.

After six consecutive podium finishes, Alex Palou had to settle for fifth, with Andres Saravia, who started from the front row, finishing just 0.05s behind in sixth.