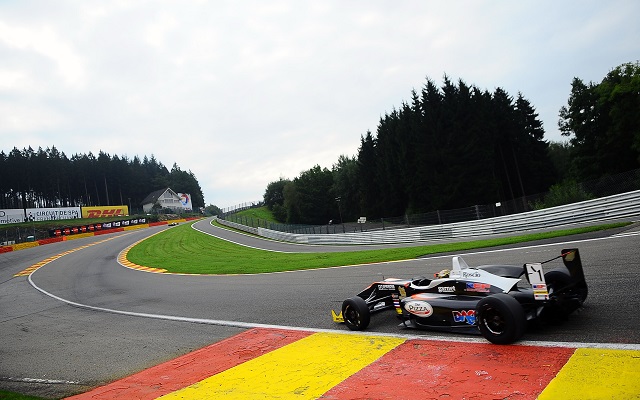 Sandy Stuvik will start the second Euroformula Open race at Spa-Francorchamps from pole position, having topped his third consecutive qualifying session in the series.

His teammate Andres Saravia will start alongside him, trailing the Thai racer by less than four tenths.

The Guatemalan’s position was secured by a small margin as he narrowly edged out Konstantin Tereshchenko, Artur Janosz and Yu Kanamaru, who had to settle for third, fourth and fifth respectively, all less than four hundredths of a second behind Saravia.

Yarin Stern and Alex Palou, who were fighting for the lead in race one yesterday, will start sixth and seventh, followed by series returnee Alex Toril.