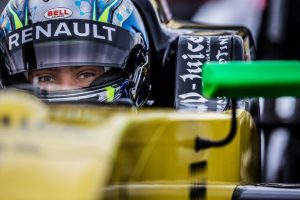 Fewtrell, out in Group B, did’t take long to beat Ye’s best, in fact doing the feat with his first timed lap. The R-ace GP driver continued to improve throughout the 15 minute session, lowering the bar to just 1m37.249s with his final attempt.

Victor Martins came closest to challenging Fewtrell, but he was almost a quarter of a second off the pace of his team-mate and fellow Renault Formula 1 junior.

Logan Sargeant, who was briefly second fastest in Group A, dropped back to fourth before the chequered flag and lines up eighth for race one. Thomas Maxwell and Charles Milesi round out the top 10.